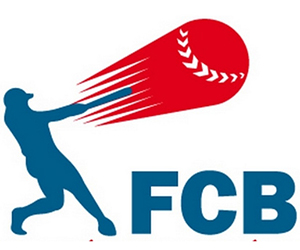 The Cuban Baseball Federation (FCB) today condemned the offenses it considered unacceptable in the context of the pre-Olympic Games of the Americas, which this city hosts.

This is the complete note, which has been sent to the authorities of the World Baseball and Softball Confederation (WBSC).

To: World Baseball and Softball Federation

The Cuban Baseball Federation considers it unacceptable for characters contrary to the spirit of a sporting event to attempt against the focus of the team that represents us in the Pre-Olympic Championships in Florida, USA.

What happened today, when someone stormed the square during a meeting between Cuba and Venezuela, without the authorities responding quickly enough, is a clear example of what should not happen if local authorities act as stipulated in security protocols. The heroes of this appointment deserve.

We also warn that carrying posters and verbal violations, especially those that are organized in the areas of the box behind the house plate and on the seat that our team occupies, are other unacceptable measures that we are not ready to deal with, and we mention that these elements were our warning in a timely manner, which puts us in Need to be replicated and made public.

Failure to stop this situation will contribute to creating a destabilizing atmosphere for the athletes, coaches and other members of our delegation, underscoring its commitment to the mission of fully presenting themselves in every show and contributing to the show with respect for morality. And ethics. clean playing.

We insist that the United States government, as the host country, and the organizing committee, has a duty to ensure the safety of all who attend this event.

See also  “We have to play a different game. In football, anything can happen.”