The Rey Juan Carlos University (URJC), one of the six public universities of the Community of Madrid, honored this week the work of Carmen Gallardo Pino of Montilla as Dean of the Faculty of Health Sciences, during an action that was attended by Rector Javier Ramos and practically all members of the government team, deans and directors of the rest of the faculties and schools.

With the support of her existing team and the staff of the College of Health Sciences, the professor from Montella acknowledges this recognition after more than 25 years of dedication to teaching at URJC and after nearly a decade as dean of the center. The tribute act concluded with the planting of several trees on the Alcorcón campus.

Carmen Gallardo Pino was born in Montilla on July 23, 1956. She holds a degree in Medicine and Surgery from the University of Cordoba (1982) and a Master’s degree in Prevention of Occupational Hazards from the Autonomous University of Madrid in 1992. In addition, a PhD in Epidemiology and Public Health from Rey Juan Carlos University since 2001.

The Dean of the Faculty of Health Sciences began her teaching career in 1994, at the University Center for Public Health, of the Autonomous University of Madrid and the Community of Madrid, as Associate Professor in the Department of Preventive Medicine and Public Health.

Already in 2002 she obtained a tenure-track professorship at the University School at URJC, and six years later, she was accredited as a professor at the university by the National Agency for Assessment, Quality and Accreditation (ANECA), in the Department of Preventive Medicine, Public Health, Medical Microbiology and Immunology, teaching at Undergraduate, postgraduate, doctoral and participating in various educational innovation initiatives. 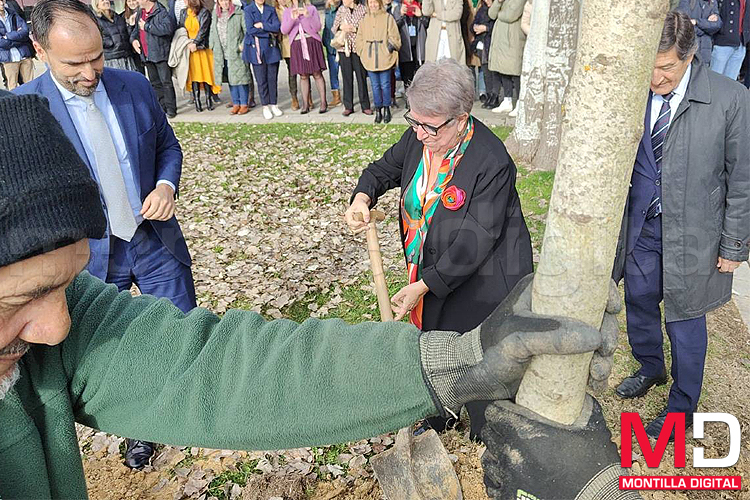 Since then, Carmen Gallardo Pino has held various university administrative positions, highlighting as Vice-Chancellor for Social Policy, Environmental Quality and University Health from 2006 to July 2013. In that year she became Dean of the Faculty of Health Sciences at URJC.

In terms of research, its activity is divided into three lines: Associations for mutual assistance in the field of health. Competencies in health promotion and health promotion in university settings. In this sense, it has been a researcher responsible for WP8 from the COMPHP project Funded by the European Union’s Health and Consumer Affairs Executive Agency.

Carmen Gallardo Pino, speaker at the exhibition in honor of San Francisco Solano in 2014, was the founder and honorary president of the Spanish Network of Healthy Universities (REUS), a project promoted from the university level since 2008, in which more than 40 Spanish universities participate. He also coordinates the Ibero-American Network of Health Promoting Universities (RIUPS).