Radiomics, 4D nucleome and prevention are the main topics of my three new reports Roche Institute Foundation. Almost 100 specialists participated in the preparation of a total of 15 documents included in the “Anticipando” project. “We hope that the whole society will appreciate the value of these reports, which form the basis of future medicine,” they said. Federico Plaza, Vice President, and Consuelo Martín de Dios, Managing Director of the Foundation.

This project coordinator is Fernando Martín Sanchez, Professor of Digital Health Research at the National School of Health of the Carlos III Health Institute.

The premiere was from Luis Marti Bonmati, Director of the Clinical Area of ​​Medical Imaging at La Fe University and Polytechnic Hospital of Valencia. As the coordinator of the radiology report, he noted that this science studies “in a non-invasive manner, the properties of medical images that are imperceptible to the human eye by applying automated algorithms. The aim is to correlate these images with specific physiological conditions.”

According to the report, the development and study of radiology is still in its infancy; However, it has great potential in research and clinical practice.

During the discussion, experts spoke about the need to establish alliances and cooperation between centers, institutions and companies. It is precisely one of the report’s recommendations. To achieve an adequate level of evidence, it is necessary to collaborate and share data and information between different groups and institutions to improve the quality of results.

The experts also spoke about an initiative of the European Commission in which Marte Bonmatti is participating. “For two years, we have worked and interacted to create an infrastructure that favors medical imaging research.”

During the discussion, the benefits of enhancing collaboration between professionals from different fields of knowledge were raised. For this reason, multidisciplinary working groups should be established, with multifaceted specialists and mixed profiles, such as engineers specializing in health or physicians with computing skills.

The second report submitted by the Foundation was devoted to the 4D nucleus. It refers to the study of the three-dimensional (3D) structure of the genome and its dynamics (4D) within the nucleus, as well as its evolution, which may be relevant to understanding gene expression. 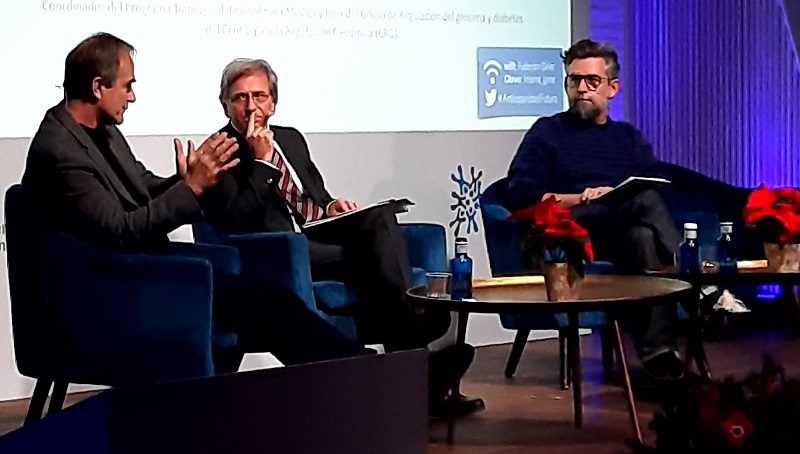 He was the person responsible for commenting on it Marc A. Martí-Renom, researcher at the Catalan Institute for Research and Advanced Studies (ICREA) at the National Center for Genome Analysis. Center for Genomic Regulation (CNAG-CRG).

The 4D nucleus is fundamental in the diagnosis of genetic diseases, particularly in the field of oncology. In his presentation, Marte-Renum analyzed the potential of the 4D nucleus to understand the physiological and pathological processes associated with the 3D structure and temporal changes of the genome within the nucleus.

He was the moderator of the subsequent discussion Pablo Laponzina, head of the research group at the IdiPaz Institute for Medical and Molecular Genetics (INGEMM) and scientific director of CIBERER.

The report dealing with prediction of disease risk was the subject of discussion in Table III, moderated by Joaquín Arenas, Director of the Research Institute at October 12 University Hospital (i+12) and member of the Advisory Committee. 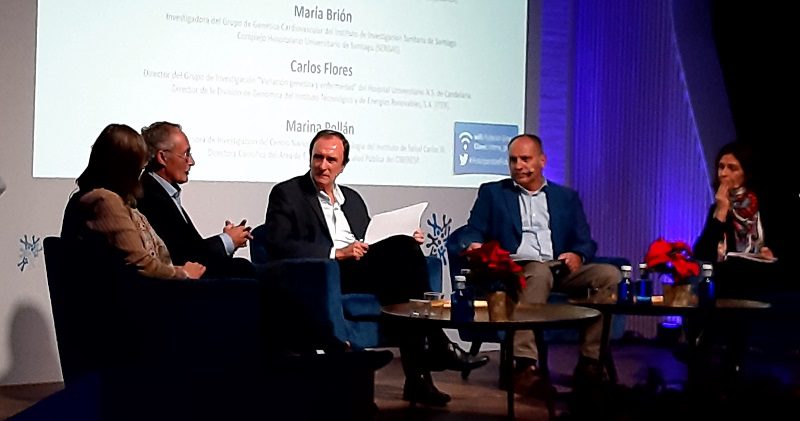 He was the author of the presentation Angel Carracido, report coordinator Predicting disease risk in the population in the era of personalized precision medicine. It is also part of Advisory Committee and Director of the Galician General Foundation for Genomic Medicine (Galician Health Service) and Coordinator of the Genomic Medicine Group at the University of Santiago de Compostela.

Transferable Models of Estimates, or PRS (for its English acronym), can be effective, for example, in predicting breast cancer, explained Angel Carracido, who also mentioned other types of tumors. Mutation of certain genes in a person’s genome greatly increases their susceptibility to breast cancer.

Predicting the risks of disease contributes to its prevention or delay. In this area, “polygenic risk estimates” can help improve prevention. For example, the report noted that cardiovascular risk prediction models are commonly used in clinical practice.