Create podcasts to help update science teachers with different physics content. This was the goal set by Dr. Rodrigo Soto, Director of the Physical Millennium Core of Active Matter and Academician at the University of Chile (DFI-FCFM) when he launched in 2020, in the midst of the Covid-19 epidemic, a scientific project published, Physics podcast.

It started with the “Nobel Prizes” series (13 chapters), reached out to Interdisciplinary (4 chapters) and now, just released Earth Sciences (4 chapters), a series whose subject matter teachers themselves suggested – through a survey – the first to be funded by the Millennium Science Initiative (ANID) of the Ministry of Science, Technology, Innovation and Knowledge.

Podcasts already have over 16,000 listeners, a number I didn’t expect. We are very happy with the reception, as most of the auditors are from Chile, but there are also many from Mexico, Spain, Argentina, Colombia and Peru,” says Soto. 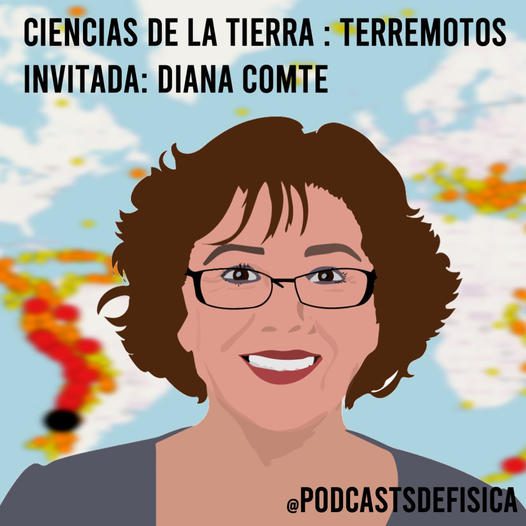 The scientists interviewed favorably rated their podcast experience and emphasized that it aims to update science teachers’ knowledge, both because of the importance of providing them with relevant and accurate information, and because of imparting this knowledge to students.

“The very experience that it means for the professors in these areas to listen to the podcast means that there will be some cases where they will be able to pass this on to their students,” says UCLA volcanologist Felipe Aguilera. Seismologist Diana Comte adds that “this contribution is very important, as there are many topics that can and should be updated in the ways physics and science are taught.”

The researchers also revealed that there was a scientist behind this outreach work.

“I think it illustrates a turning point in the way Chilean scientists are emerging from their research bubbles to take science not just to the level of peer-to-peer publishing, but even further, and disseminate it in various ways to an increasingly larger audience on a large scale,” says the geologist at University of California, Melarca Valenzuela, The great contribution of a physicist like Rodrigo Soto has generated this case to influence science teachers and their students.

An opinion shared by Gabriel Easton, professor of geology at the University of Chile, who noted that the scientific discovery “gives accuracy and credibility to the program, while allowing for a link, in the context of everyday life, to be established between the people and academics in the area. Meanwhile, Philip Aguilera adds: “The Our job is to put those classes down in society, because if it weren’t for that, nobody would take it into account, and it seems to me great that a scientist could take charge of that.”

What do science teachers think? To find out the answer, Rodrigo Soto launched this week Contest Teachers seek to answer a short questionnaire that they take up this season, and distribute science books among the participants.

An initiative that will be repeated at the end of September, when Dr. Soto’s next podcast series, also funded by Milenio, comes to an end, which will premiere in June.

We will resume the Nobel Prizes in Physics. We will start with an episode about the Nobel Prize of Giorgio Baresi, last year, where we actually recorded an interview with Professor Leticia Cogliandolo, who was an active collaborator with Baresi. We also have two episodes scheduled, one on superconductivity and one on chaotic electronic systems and their everyday use in electronic gadgets. And the fourth episode will be about particle physics.”

Physics podcasts are available for free on Buzzsprout, Spotify, and Online platform of the University of Chile, Tantako.

The FBI is investigating an attack against two U.S. power substations that left more than 35,000 people without power