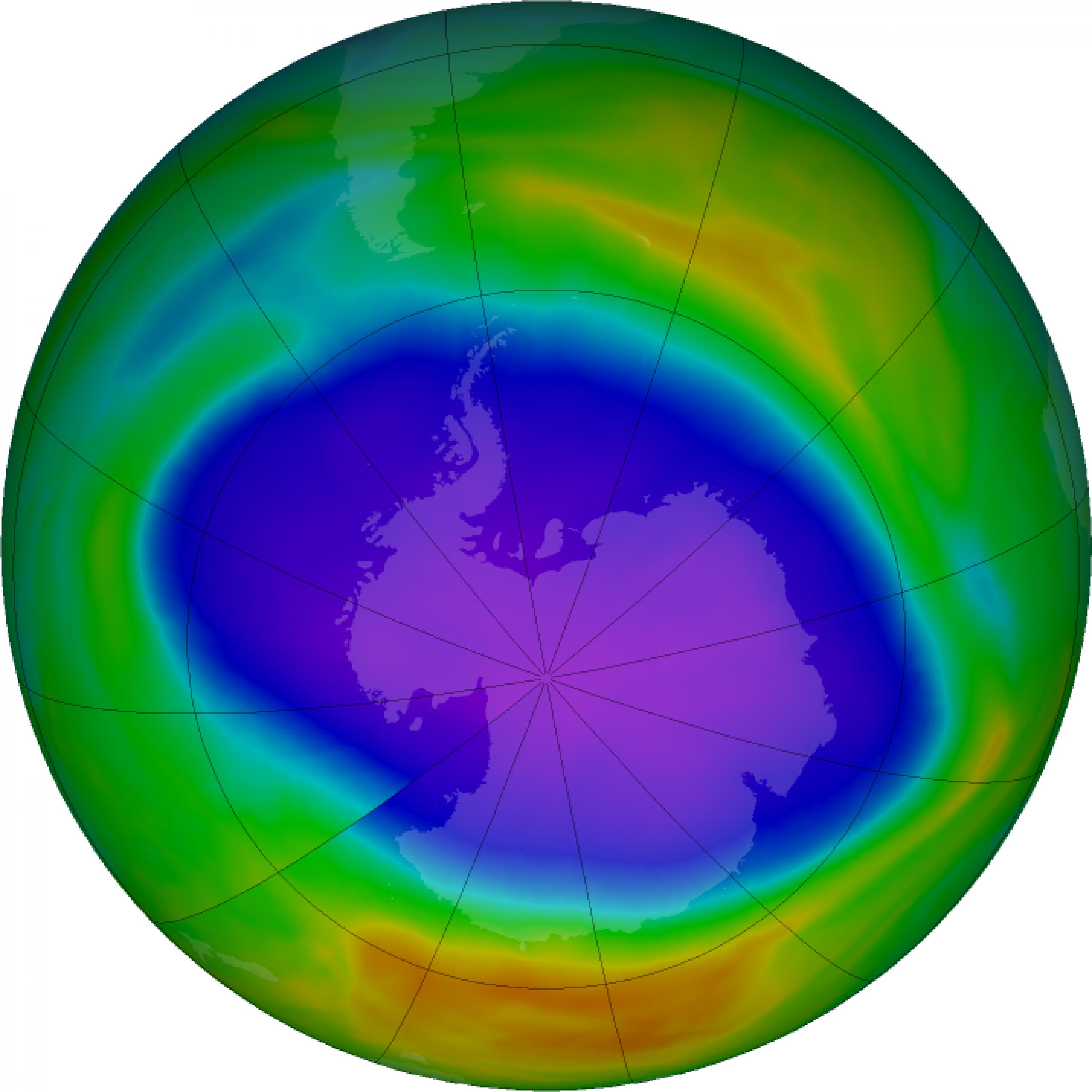 The Antarctic ozone hole in 2021 reached its maximum extent on October 7 and ranks 13th among the largest since 1979. Credits: NASA Ozone Hole Observation

Antarctica’s ozone hole in 2021 reached its maximum extent on October 7 and is ranked 13th among the largest since 1979, scientists from NASA and the National Oceanic and Atmospheric Administration (NOAA) reported on October 27, for its acronym in English) . This year’s ozone hole developed in a similar way to last year: Colder-than-normal winters in the Southern Hemisphere have caused a deeper and larger-than-average hole in the ozone layer, likely to last until November or early December.

What we call the “ozone hole” is the thinning of the ozone layer in the stratosphere (the upper layer of Earth’s atmosphere) over Antarctica that begins in September of each year. Chemically active forms of chlorine and bromine derived from compounds produced by human activity are released during reactions in high altitude polar clouds. Reactive chlorine and bromine begin ozone-destroying reactions as the sun rises in Antarctica at the end of winter.

NASA and NOAA researchers detect and measure the growth and rupture of the ozone hole with instruments aboard the Aura, Suomi-NPP, and NOAA-20 satellites.

This year, NASA satellite observations determined that the ozone hole peaked at 24.8 million square kilometers (9.6 million square miles) — about the size of North America — before beginning to shrink until mid-October. Cooler-than-average temperatures and stronger winds in the stratosphere surrounding Antarctica have contributed to its increased size.

See also  Economic studies after the delay in searching for specializations

NOAA scientists at the Antarctic Station, one of the world’s ozone monitoring networks, record the thickness of the ozone layer by launching weather balloons carrying ozone measuring instruments called ozone probes (ozone sensors) that measure changing concentrations of ozone as the globe rises in the stratosphere. 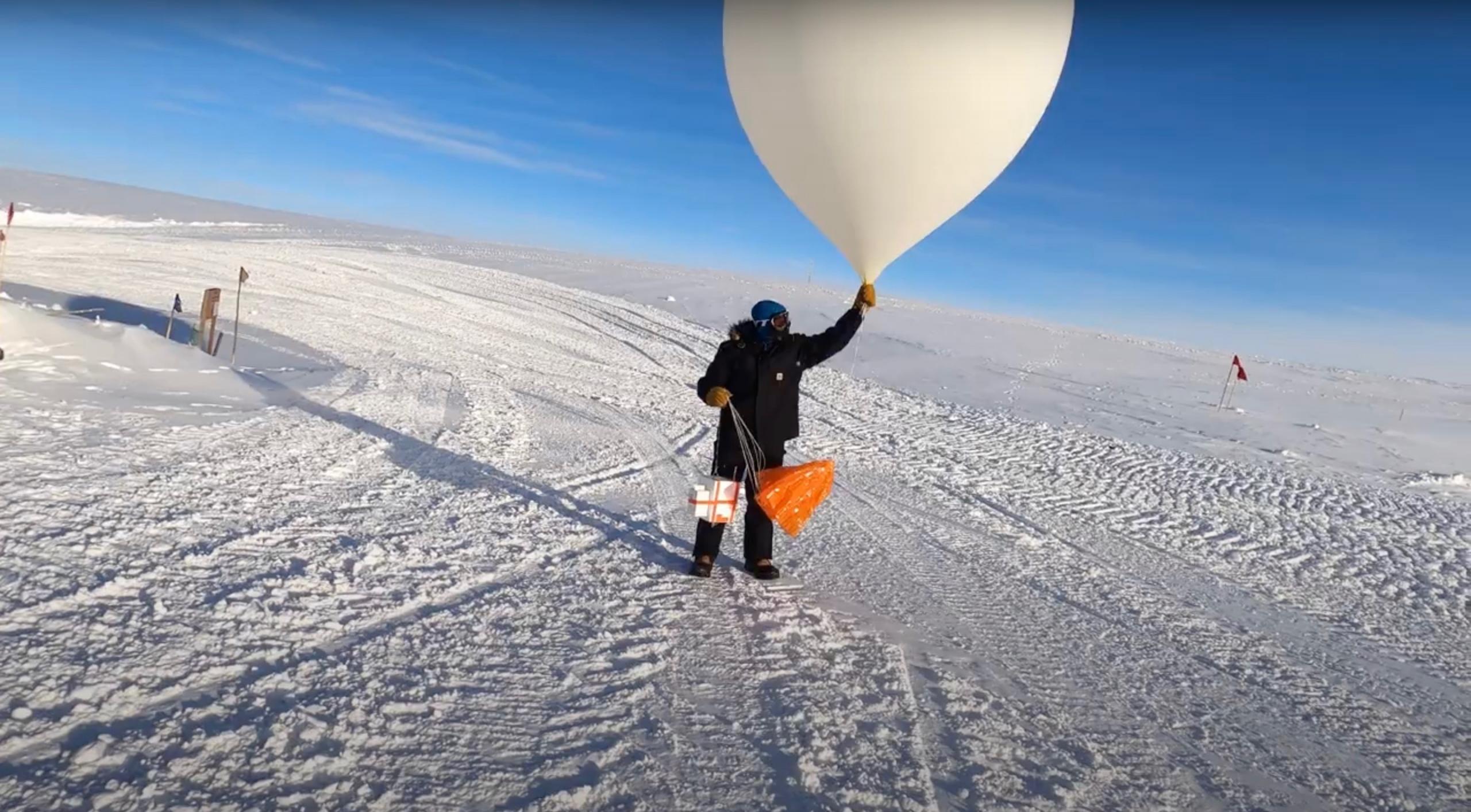 When the polar sun rises, NOAA scientists also take measurements with a Dobson spectrophotometer, an optical instrument that records the total amount of ozone between the surface and the edge of space; This quantity is known as the total column ozone value. This year, scientists recorded the lowest total column ozone value of 102 Dobson units on October 7, the eighth lowest value since 1986. At altitudes between 14 and 21 kilometers (8 to 13 miles), ozone was almost completely absent during the ozone hole’s maximum.

Although the Antarctic ozone hole in 2021 is larger than average, it is much smaller than the ozone holes of the late 1990s and early 2000s.

The ozone hole is recovering due to the Montreal Protocol and subsequent amendments that ban the release of harmful chemicals that deplete the ozone layer, called CFCs. If atmospheric chlorine levels of CFCs were as high today as they were in the early 2000s, this year the ozone hole would have been about four million square kilometers (about 1.5 million square miles) higher. Great in the same weather conditions.