Major indexes on Wall Street closed lower this Thursday After the revelation of President Joe Biden’s intentions to raise the capital gains tax to 43.4%. On the other hand, the dollar rose.

The main New York market index, the Dow Jones Industrials, fell 0.94% (settling at 33,815.90 points) despite the fact that recent data from the US labor market indicates unemployment continues to decline. The S&P 500 Selective Index fell 0.92% to 4,134.98 points, while the Nasdaq Market Composite Index, in which the major tech companies are listed, closed 0.94% on the red at 13,818.41 points. The dips are minor, but they act as a temporary brake to the strong uptrend of recent weeks.

The S&P 500 started declining after that Bloomberg News Report Biden’s plan to nearly double the rate of this tax. Most of the large groups in the S&P 500 declined, led by consumer goods and technology stocks. Traders also examined profits and mixed economic data that show an erratic rebound in economic activity.

The Market Size Index indicates that investors remain anxious. The percentage of Russell 2000 members trading above their 50-day moving average has fallen below 40%, compared to 80% of the large-cap S&P 500, just below the standard gap, according to data collected Bloomberg It dates back to 1995. It’s too early to tell if this could turn into something bigger, but past issues have put more pressure on US stocks, Sundial Capital Research founder Jason Goepfert wrote in a note to clients.

On the other hand, the euro fell after the President of the European Central Bank, Christine Lagarde, said that the institution is not discussing the withdrawal of its purchases of emergency bonds.Even when you see signs that the economy is starting to shake off the Coronavirus pandemic. 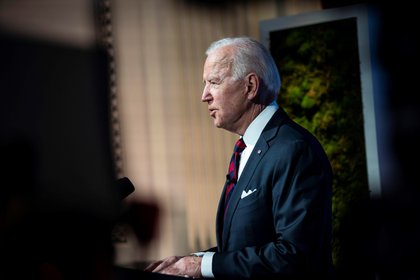 The New York stock market was looking for direction this morning after news that claims for unemployment benefits in the US continued to decline last week, reaching 547,000, which is at their lowest level since mid-March of last year.

The market also remains concerned about the development of the epidemic, With the increase in COVID-19 cases globally led by India, which threatens to delay the expected economic recovery, despite the progress of vaccination campaigns.

Wall Street pass by Irregular week It was also marked by the quarterly results, which generally adjust or exceed analysts’ expectations, although any disappointment generates punishment, as happened yesterday for Netflix, which lost 7%.

Netflix rebounded today by a slight 0.33% and investors turned their attention to the data released this morning, among other things, by AT&T Communications Group (3.7%) and Dow Inc (-3.64%).

See also  Uber will provide 50,000 Tesla cars to its drivers in the United States.

With information from Bloomberg and EFE