Ninth season of “Look who’s dancing” The broadcast of the sixth concert ended on the evening of Sunday, April 18th. For the first time in the history of a dance competition, the winner was selected exclusively by a qualified jury.

Alida Ortiz, La Bronca, Roberto Hernandez and Chef Jess qualified in the new season finals of “Mira Quinn Paella”. Throughout the competition, the stars gave themselves body and soul on the dance floor.

Dayanara Torres, Casper Smart and Patricia Manerola were the three judges who each week carefully assessed each of those involved in the important TV production of Univision.

The sixth and final concert of the ninth season of Mira Quin Paella began with a surprise musical opening that saw the final four contestants participate with Dayanara Torres, winner of the competition in the 2017 edition.

Puerto Rican singer Daddy Yankee was the great guest of the night to present his latest single, “Problema”.

Chiquinquirá Delgado and Borja Voces were the hosts of Season 9 of “Mira Quien Baila”, a special production of Univision because all of its participants are part of the Spanish-speaking television network. 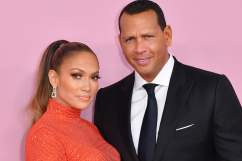 A critical challenge for the final contestants of the competition

The four finalists of Season 9 of “Mira Queen Paella” dominated the dance floor for the final round of “U Bailou Major”, in which the challenge was to imitate the steps of musical numbers performed by the rest of the members. Participants throughout the competition.

Individual presentations are announced prior to the competition winner

Chef Yesos, La Bronca, Roberto Hernandez and Alida Ortiz made a final solo show before unveiling the name of the lucky winner in Season 9 of Univision’s “Mira Quien Baila”.

Dayanara Torres highlighted that Hernandez’s development is one of the most impressive in the history of Mira Quinn Paella.

“You are a whirlwind that sweeps and defines its presence wherever it stops,” said Patricia Manerola, referring to La Bronca’s performance.

“I feel like every dance I’ve done goes from there,” Dianara Torres told the details that his mother blessed Chef Yesos, who recently passed away from her cancer.

The winner of “See Who Paella” is …

Jesوسs Diaz, known technically as Chef Jess, was the undisputed winner of the ninth season of Univision’s “Mira Quien Baila”. The Venezuelan chef gets a $ 30,000 check for the foundation he represents: Amigos for Kids, whose mission is to prevent child abuse.

Simply words of gratitude for being able to live this experience, and gratitude that I danced with my mother at every party. This is an experience I will never forget, it was wonderful for me, ”said Chef Yesos.

La Bronca was ranked fourth in the competition. The Mexican star received a check of five thousand dollars for the organization he represents: Chirla, an entity designated for immigrants and DACA.

Roberto Hernandez took third place in the competition. The Cuban TV broadcaster received a $ 5,000 check for the foundation he represents: Amhiga Hispana, a non-profit organization founded in Austin, Texas, to empower Spanish-speaking women through education.

Alia Ortiz ranked second in the competition. Miss Puerto Rico received a check of ten thousand dollars for the foundation she represented: Hogar Ruth, the foundation that provides preventive shelter and support services for domestic violence survivors in her hometown of Puerto Rico.