Nicaraguan journalists denounced the “state of siege” and the “war” in the Central American country, confirming that a free press is “criminal”, which may negatively affect the general elections in November. “We are in a critical year because there are elections and this conflict must be resolved in Nicaragua,” said Douglas Karkash, a journalist from that country. “There are only 197 days left before the elections and we are still in a state of siege.” Yesterday, during a panel discussion organized by the American Association of Press Office (SIP).

In the panel discussion “Government repression in Nicaragua”, held on the last day of the semi-annual meeting of IAPA, several professionals urged the opening of media spaces on Nicaragua in the media in Latin America.

“I will be frank: the region has witnessed on other occasions how the international community has organized, and it is imperative that the leaders of the region take their leadership,” said Antonia Orejula, rapporteur of the Inter-American Commission on Refugees. Human Rights (IACHR).

“As a committee, we are extremely concerned that in recent weeks there has been an intensification of the police state, in a country where the crowd is being suppressed,” he said. He pointed out that “when there are no possibilities to obtain information and discuss alternatives respectfully, it is difficult (to hold) free elections.” 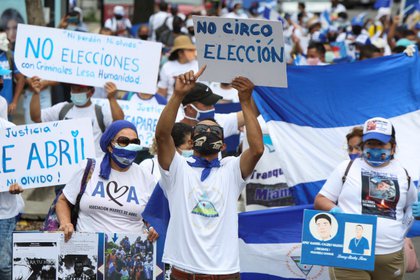 The two periods of “organizing”

Christiana Chamorro of the Violetta Barrios de Chamorro Foundation, and Carlos Fernando Chamorro, on behalf of Confidencial, recounted how the Ortega government in recent years has confiscated the media and enacted laws that violate freedom of information. 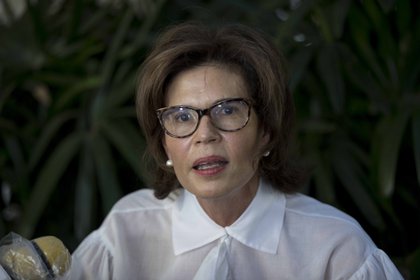 When we were in wartime, I was in journalism and the persecution of journalists was not as criminal as it is now; Now they arrest you and kill you. Referring to the first Sandinista government of Ortega (1979-1990), the journalist explained that the escalation now is a war against all public freedoms.

“In the 1980s, I did not see as much criminal repression against the journalist as it is at this time,” the director of the foundation, which supported nearly two dozen independent, small media outlets, is mainly digital.

But last January, this institution was forced to close its doors to avoid having to register as a “foreign agent” with the Ministry of Interior. “After nearly 20 years of work, we had to close because they were calling us traitors to the homeland,” Chamorro said, noting that these moments “train” about 60 journalists to seek a “citizen vote.”

Chamorro said she was ready to “serve Nicaragua in the candidacy” ahead of the November 7 elections. “Nicaragua is divided into two blocks, and I will not register in either of them,” he said.

“Hope” is in digital media

Carlos Fernando Chamorro, who went into exile in Costa Rica after the raid in 2018 of Confidencial newspaper, which he founded, to turn it into a “health clinic”, confirmed that “the Nicaraguan press is doing a good investigative journalism job despite an obstacle to public sources.”

“People with their cell phones have become contributors to traditional media (…). I have returned from exile to be on earth,” commented the journalist, IV Casa América Catalunya Prize Winner for Freedom of Expression in Iberian America in 2009 and the following year with the Maria Morse Cabot Award .

He also pointed outThe Cybercrime Law, which provides for penalties of up to 10 years in prison for citizens accused of cyber crimes that conflict with state security. It is a serious and intimidating law, and it is not directed only against journalists. A difference in Nicaragua is that the levels of control (over digital media) that exist in Cuba and Venezuela are not imposed, “said the journalist who opened a digital version of Confidencial. 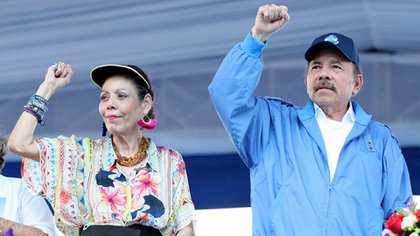 “Our site has been on the internet the whole time, and we’re on Skype and YouTube. Obviously there are troll farms, but we have spaces in social networks and technologies. I hope we can protect our digital media even with this cybercrime law.”

The journalist denied the official account that 180 people had been killed by the Covid-19 virus since the start of the epidemic. The truth is, more than 9,000 people have died. We have achieved. “

The International Trademark Association (IAPA) condemned the Nicaraguan government for its enforcement of the law regulating foreign agents, which “criminalizes the activities of organizations designated to oversee and promote freedom of expression,” as stated in a decision specific to the Central American country.