NASA official Bill NelsonEligible this Sunday to Artemis I from an “extraordinarily successful mission”which also means “the beginning of a new beginning” in relation to space exploration.

During a conference call after the arrival of the uncrewed Orion spacecraft Sunday, the former senator from Florida indicated that the Artemis program intends to establish a permanent presence on the moon. “to go further into the universe”including sending a manned mission to Mars at the end of the next decade.

Along with other NASA executives, Nelson indicated that they are keeping the mission underway until 2024. Artemis IIwhich would make a similar flight but with a crew, and to that extent ensured that the program still had bipartisan support and the US Congress.

at his side, Vanessa Witchythe director of NASA’s Johnson Space Center, indicated that if the information provided by Artemis I is satisfactory, it will be transferred after landing to Kennedy Space Centerin Florida, in this case the crew for the next mission could be announced at the beginning of next year.

The uncrewed Artemis I mission concluded Sunday after the Orion capsule arrived in the Pacific Ocean, off the Mexican coast of Baja California, after a 25-and-a-half-day mission during which it made a round trip to the moon covering 1.4 million miles (2.2 million kilometers).

It experienced this fire test protected by a heat shield that was used for the first time on this mission and performed well, according to first observations, though more in-depth analysis still needs to be done, according to the mission director, who said on the conference call. Mike Sarafin.

“This is what a successful mission looks like,” said the NASA executive.

Orion Program Director, Howard isMeanwhile, he noted, the ship fell about 2.1 nautical miles from the target located near the island of Guadalupe, and it was required to do so within 5.4 nautical miles. 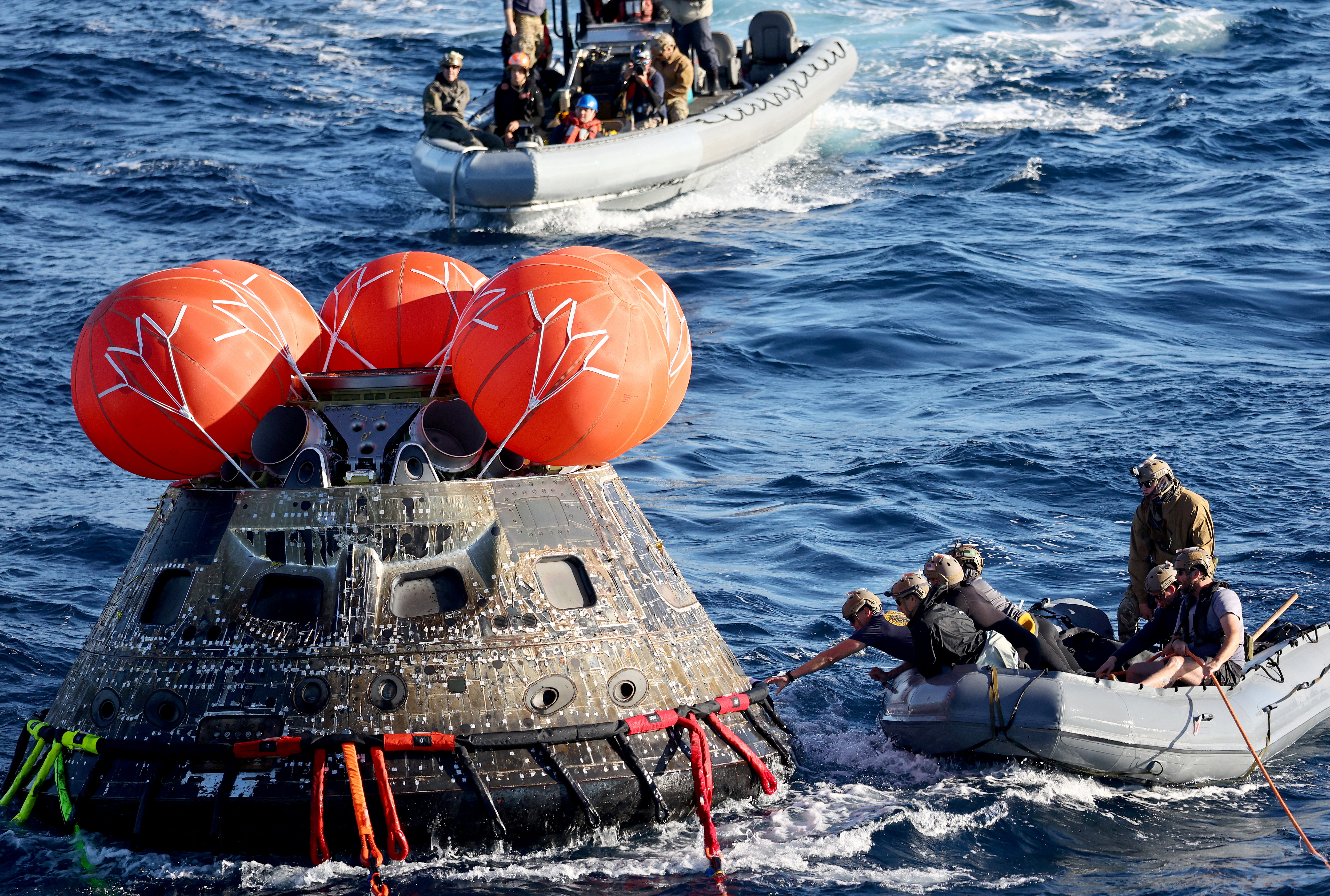 He also said they hit 122 targets during the flight test and added about 20 more in real time.

The successful shutdown of Artemis I gives them the confidence to tackle the “increasingly complex” missions that seek to establish a permanent presence on the moon, said Jim Frye, NASA’s associate administrator for Exploration System Development.

“Initial indications are very favourable,” Sarafin said of Artemis I, one of whose milestones was approaching 434,522 kilometers (about 270,000 miles) from Earth, the maximum achieved by a spacecraft designed to carry humans and above. It was achieved in 1970 by the Apollo 13 mission.

Upon reaching Pacific waters, aided by eleven gradually opening parachutes as the ship descended at 325 mph (about 200 km/h), the recovery team aboard US Navy Portland, had to wait about six hours before towing the ship for transfer to a naval base. in San Diego, California, and from there to Florida. 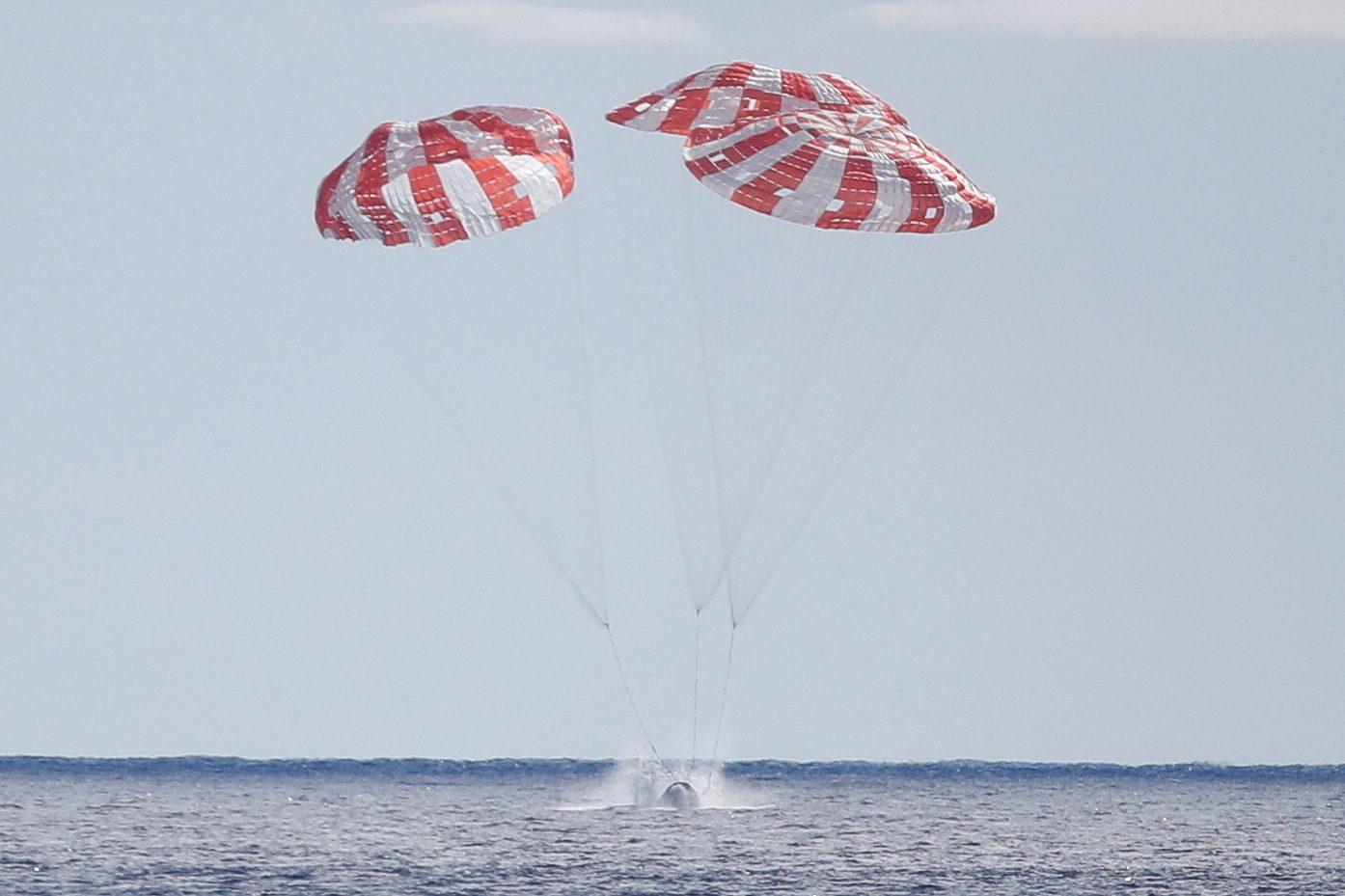 The Orion ship has successfully returned (Carolyn Breiman/Pool via Reuters)

at that time, NASA has collected information about how high temperatures will affect Orion which he tested on re-entry and whether it had an effect on the temperature of the crew cabin, which is now occupied only by models.

See also  Why delay the launch of Artemis I?

NASA plans to fly the manned Artemis II mission in 2024, and the Artemis III the following year.as astronauts, including a woman and a man of colour, touched a satellite for the first time since 1972.

The Orion spacecraft successfully returned and completed the historic Artemis 1 mission to the Moon
Artemis mission: the most powerful rocket and capsule that resists half the sun’s heat

An asteroid was discovered a few days ago, making it one of the closest approaches to Earth