Diana MendozaMiss Universe 2008, who shows her conversion to God on social networks, has some controversial words in response to an Instagram user @peter.missology That he asked her about homosexuality and that he even warned her of his intolerance.

As for this matter, God says that it is disliked.Mendoza said.

“God loves the sinner and hates sin,” he added. 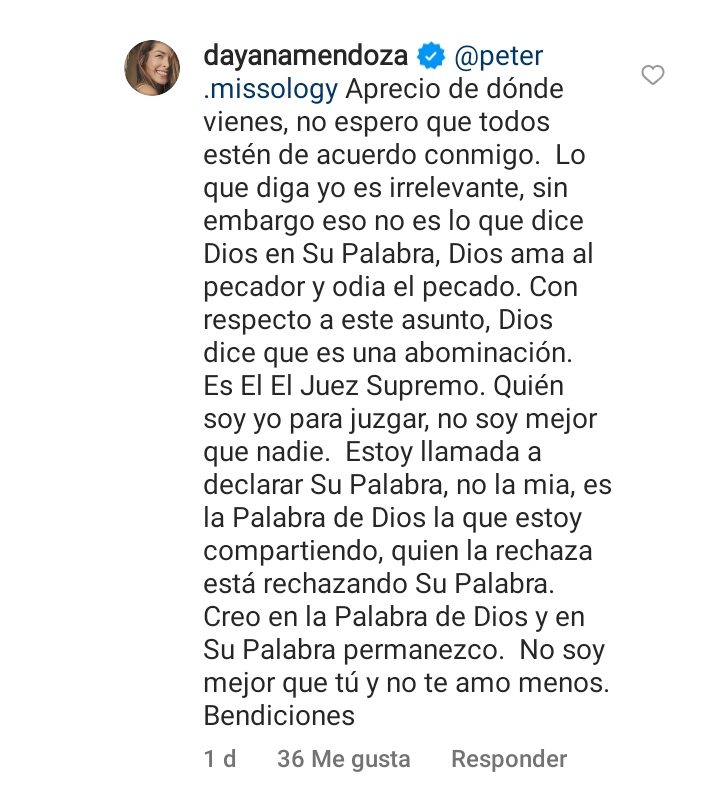 God is loving and loves the different

“God is love, God loves me who is different, just as He loves you and loves the whole world, Diana. Shall we not say he is merciful and kind? So why do we paint him as the executioner and punish God on the basis of scriptures interpreted in a way who wants the way?”, wrote @peter.missology .

He said, “He loves me and my pride does not destroy anything, my pride makes me build new things in this world that needs more understanding and more compassion instead of judging another.”

“I appreciate where I come from, I don’t expect everyone to agree with me. What I say is irrelevant, however, it is not what God says in His Word. God loves sinners and hates sin. In this matter God says it is abhorrent,” Mendoza replied.

“He is the supreme judge. Who am I to judge, I am no better than anyone else. I am called to proclaim his word, not mine, it is the word of God that I share, and whoever rejects it rejects his word. I believe in God’s word and in His word I remain. I am no better than you nor love you less than that “.

The controversy continued on his Instagram account. He told another Instagram user, “Do you think I care if they say things to me?” “If insults flatter me. And he said, ‘If my Lord accepts them, I will not accept them.'”

Then he pointed out with another user that not everyone wants a LGBTQ+ agenda: “And I want to follow Christ. I fear the abolition of the King of Soldiers, Jehovah, not the world.” 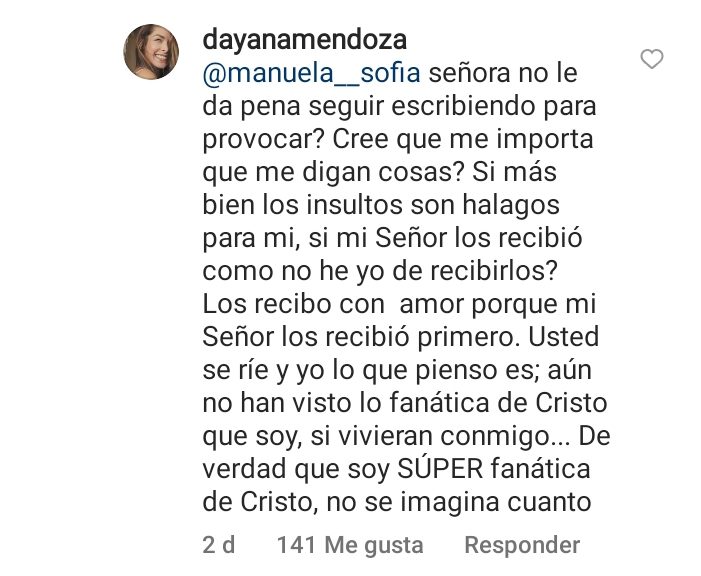 He told another user in English: “Not everyone is looking to hurt and harm someone’s life, job, opportunity or reputation because someone doesn’t think like them.”

“My best friends are gay, and we are not friends because they do my hair or makeup, they work in another field, they know I’m by the word of God, they know what I believe in and they know I love them on earth and in heaven.”

“We have the right to believe in Christ and to practice our faith. Remember who the people who do these bad things serve, remember who we serve, stand firm. God is by your side,” he said. 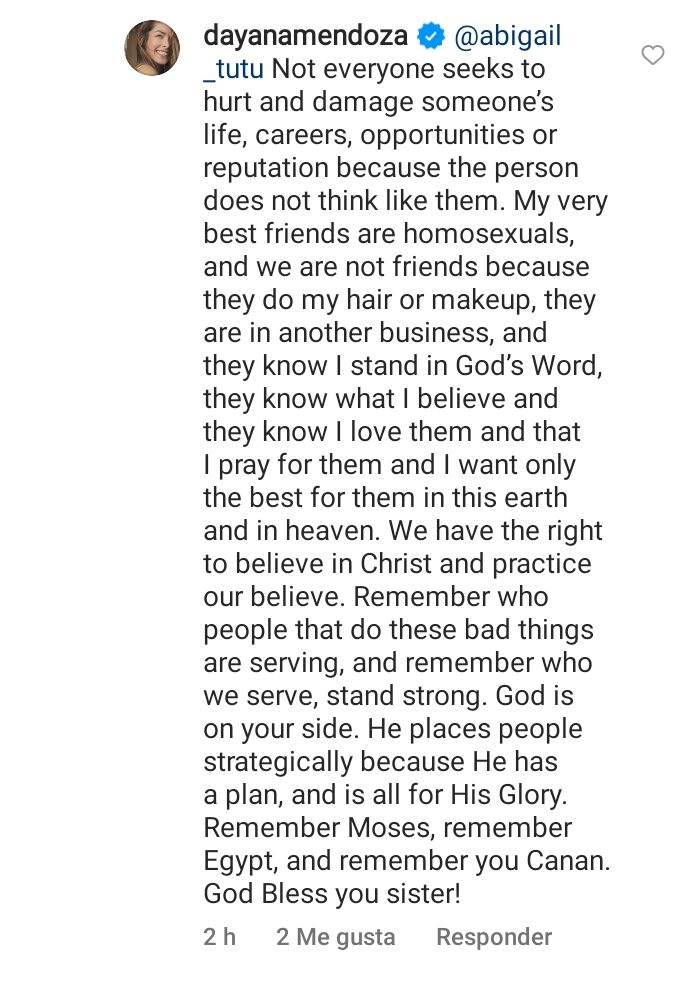 Independent journalism needs the support of its readers to keep going and to make sure that uncomfortable news they don’t want you to read stays at your fingertips. Today, with your support, we will continue to work hard for censorship-free journalism!

Shakira: Gerard Pique reacted to a reporter approaching him in front of his children | Celebrities of Spain | nnda nnlt | Fame