Oaxaca de Juárez, Oax. January 5, 2022. – The Director General of the College of Scientific and Technological Studies of the State of Oaxaca (CECyTEO), Gustavo Marin Antonio, stated that the institution he is responsible for is organizing for the second year in a row the International Meeting on Online Science and Technology CECyTEO 2022 in conjunction with the Interconnection Week.

Marin Antonio noted that, to date, no public institution of higher secondary education across the country has been able to bring together personalities of vast experience and academic standing in one event, so this second edition will set a very important precedent in our state and country.

He explained that “an institutional effort to promote scientific and technological careers among students, who directly see that science and technology are the best tools to positively change our environment, and we also seek to combat school dropout and encourage young people to continue studying a professional career with a component of science, technology, engineering or mathematics. “.

In the week of February 28 to March 4 of this year, more than 16,000 CECyTEO students will participate in a virtual manner in 16 Judicial Conferences and 4 Talking Tables, where speakers will talk about the standing of Dr. Antonio Lazcano, Professor Emeritus at UNAM who has twice chaired the International Association for the Study of the origins of life; Giulietta Fierro, who was Chair of the Astronomy Teaching Committee of the International Astronomical Union and laureate of the UNESCO Kalinga Prize; Dr. Julia Taguña, who was recently awarded the 2021 Public Understanding and Publication of Science Award from the World Academy of Sciences.

Elaine Reynuso, from the Directorate-General for Science Publication at the United Nations Mission in Namibia; Dr. Susana López Chariton and Dr. Wolf-Louis Mochan, count in the event with the participation of five winners of the National Prize for Scientific Publication, as well as other recognized specialists such as Dr. Miguel Garcia of the Autonomous University of Zacatecas and Dr. • Omar Mendez from the Autonomous University of Barcelona.

Speakers of international standing include Dr. Margoth Mina from the University of Costa Rica, Dr. Vania Figueroa, from the Autonomous University of Chile, as well as five important researchers from the global network Mx Spain, among the most prominent of whom are Dr. Amparo Luna, from the Complutense University of Madrid.

During the first edition in 2021 opened by the state governor, there were 20 thousand spectators and more than 300 thousand interactions, for this year the success is expected to be greater, so the general population, was invited, for young people from high school, higher education and the entire student community in this subsystem .

These actions continue to position CECyTEO as an institution of secondary education which largely promotes the scientific and technological careers of its students, encourages them to continue their studies towards the higher level, in accordance with the instructions given by the Governor, Alejandro Murat Hinojosa, of providing better academic services with quality, fairness and suitability, and also work towards Achieving Sustainable Development Goal 4 of the United Nations. 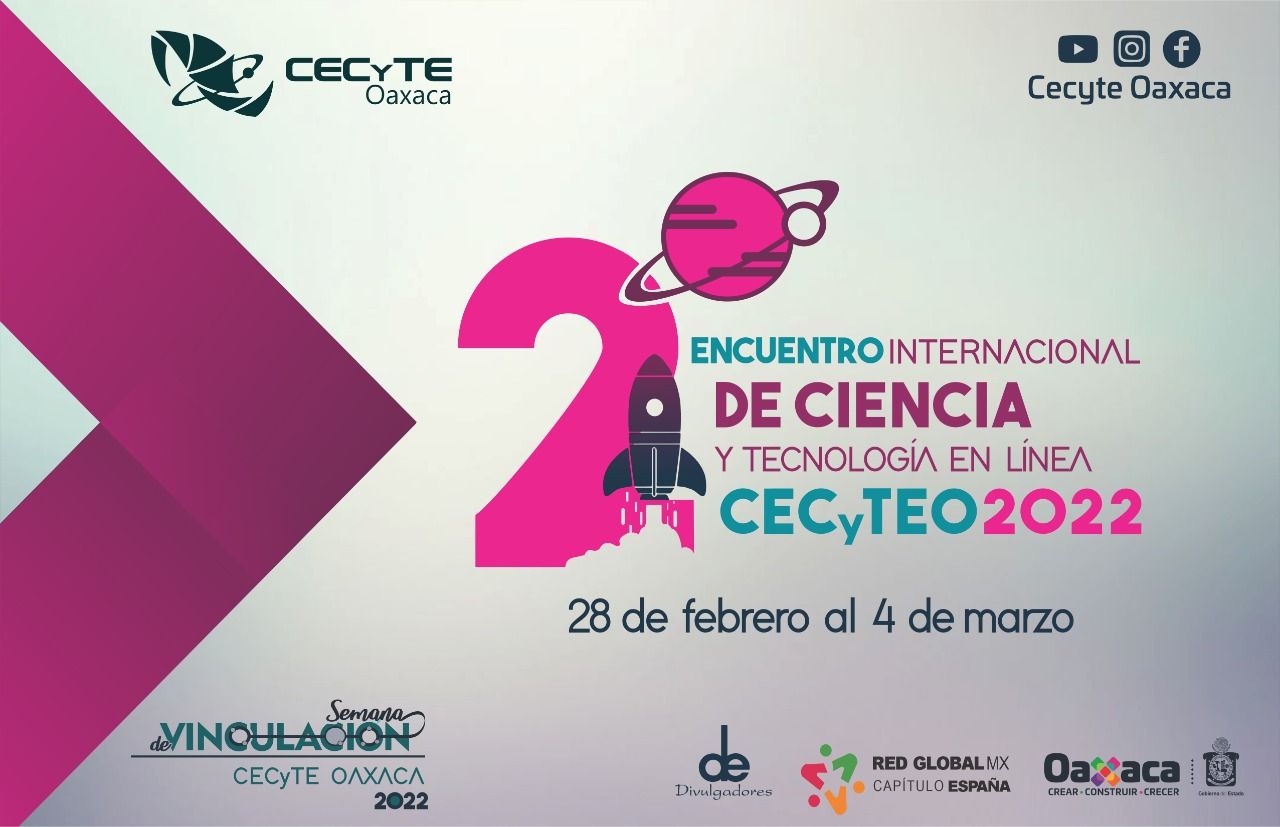