Ancient cave decorations can be impressive, But new research claims that artists may have been deprived of oxygen and hallucinations when they were painting.

By analyzing cave paintings from the Upper Paleolithic Age, from about 40,000 to 14,000 years ago, researchers at Tel Aviv University found that Many were located in narrow corridors or corridors deep within the cave systems that were only navigable with artificial light.

The study focuses on ornate caves in Europe, especially Spain and France, and provides an explanation of why cave painters choose to decorate deeper areas within cave systems.

“It appears that people in the Upper Paleolithic period rarely used the interior of deep caves for daily household activities. These activities were mainly carried out in the open spaces, rock shelters, or cave entrances.”, He reads in the study. 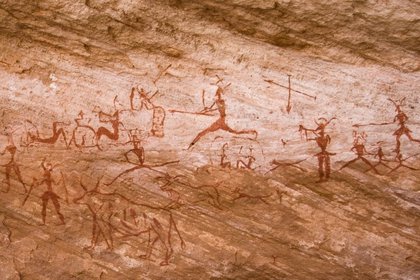 “While the designs are not only created in the deep and dark portions of the caves, the images in those locations are a very impressive aspect of the images of the caves and thus are the focus of this study.” The authors continue.

Use fire to light up caves It would lower oxygen levels and lead to a state of hypoxia, which releases dopamine and can cause hallucinations and out-of-body experiences. Co-author and professor of prehistoric archeology, Ran Barkai, told CNN.

Barkai added that drawing in these conditions was a conscious choice designed to help them interact with the universe.

“It was used to communicate with thingsBarkai added. “We don’t call it rock art. It’s not a museum.” 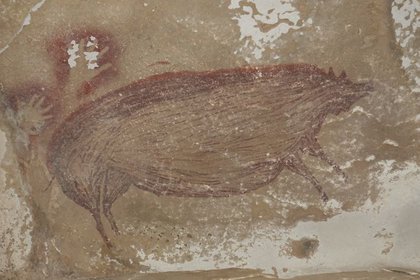 Barkai explained that cave painters believed that the face of the rock was a membrane connecting their world to the underworld, which they believed was an abundant place.

Cave paintings depict animals such as mammoths, bison and caribou, and their purpose has long been debated by experts.

Scholars have argued that caves played an important role in the belief systems of the Upper Paleolithic and that paintings were part of this relationship.

“It was not the decoration that made the caves important, but quite the opposite: the importance of the selected caves was the reason for their decoration.”, He reads in the study. 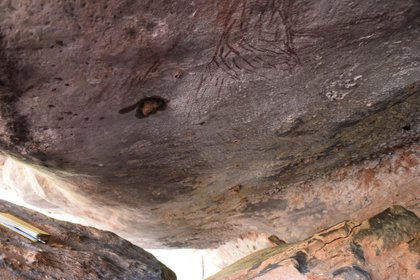 The two-meter high kangaroo has been identified as the oldest intact rock painting in Australia, and is estimated to be 17,300 years old, the scientific journal Nature Human Behavior published Monday. Pictured is the bottom of the painting where a 17,300-year-old kangaroo is located (EFE / Nature / Damien Finch)

Barkai also suggested that cave drawings could be used as part of some kind of rite of passage, given the evidence of children being present.

Barkai said further research will study why children were brought into these deep cave areas, as well as investigate whether people were able to develop resistance to lower oxygen levels.

The article was published last week in the magazine Time and Mind: A Journal of Archeology, Consciousness, and Culture.

First, they tested the connection between hallucinogenic materials and cave drawings
Rock art owned women’s hands: they revealed that cave paintings were not the preserve of men
The world’s oldest rock art work is found in an Indonesian cave
Colombian researchers discovered new 12,000-year-old cave drawings in Cherepekt