April 26-28, third edition of Open Science Forum for Latin America and the Caribbean, # CILAC2021 It is promoted by the UNESCO regional office and the country’s Ministry of Science, Technology and Innovation and has enjoyed the support and sharing of references from the National Council for Scientific and Technical Research (CONICET), among other governmental institutions in Latin America and the Caribbean.

At the conclusion of the CILAC Forum 2021, the Minister for Science, Technology and Innovation for the Nation, Roberto Salvareza, expressed: “It is an honor for our country to be the host of such an important event that has been able to bring together prominent civil servants, scientists, scientists and specialists in science, technology and innovation management in the region for dialogue, exchange of ideas and enhancing our capabilities and knowledge on strategic issues aimed at responding to the current complex context and building perspectives. We have been able to listen to each other and speak on various topics related to the proposed themes for this CILAC 2021 Forum: Inclusive Science, Artificial Intelligence and the Digital Economy..

Likewise, after highlighting the importance of adapting to the accelerating digital transformation that we are immersed in, he said: “The importance of science and comprehensive policies for achieving gender equality has been addressed with a special focus in several panels.”.

“I have had the opportunity to speak with several ministers of the region during these three days and we fully agree that through regional cooperation and through joint efforts we can look to a more integrated and equitable Latin America, where progress can be made in healthy sovereignty, with greater Independence in technological and productive capabilities with social and environmental sustainability, and all goals necessary for the well-being of our peoples.Selvariza highlighted.

Finally, the minister raised the upcoming event: “We leave the place for a beloved and undisputed partner of Argentina in scientific matters such as Mexico as a new host, where we hope to meet in person to participate in the upcoming CILAC 2022 edition and give us the long-awaited embrace between everyone and everyone. Representatives of Latin America and the Caribbean countries.”.

The forum brought together more than 6,600 participants, 20 high-level sessions, with authorities and references from our country, the region and the world, more than 100 thematic conferences, parallel events and virtual platforms, and thematic sessions on Inclusive science, the ethics of artificial intelligence, open science, and the challenges and opportunities of the digital economyIn the context of the epidemic caused by COVID-19. The aim was to think from a collaborative perspective what role science should play today, in the short and medium term.

The forum was broadcast openly and for free through the videoconferencing platform, allowing the general public in Latin America and the world to communicate and participate in the discussion on various topics covered over the course of the three days. 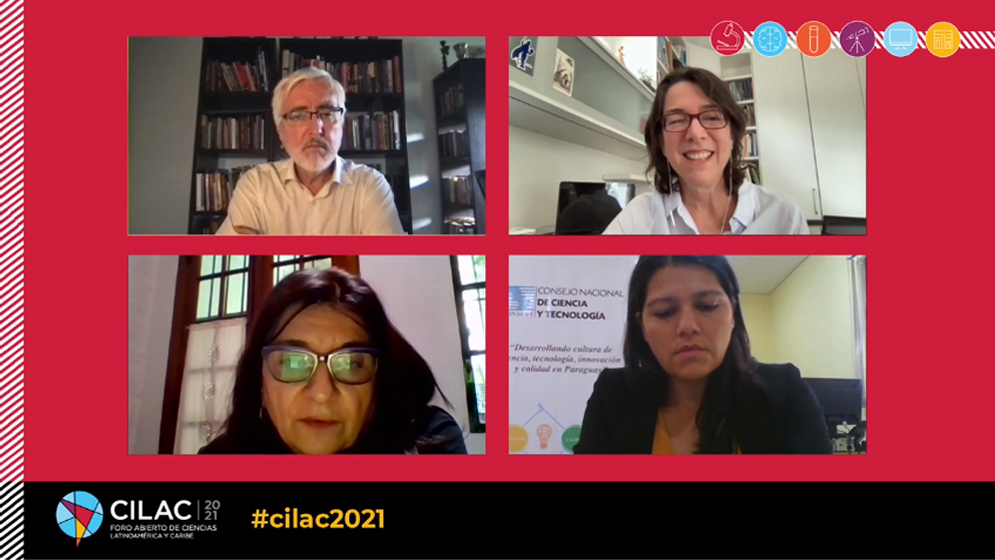 After making a presentation on the board On the institutional policies for gender equality in research and the role of the Gulf Research CenterAnd mentioning the gender working group that the Gulf Research Center should contribute to the implementation of the Declaration of Principles and Procedures: Promoting Equality and the Status of Women in Research, Anna Franchi discussed the institutional policies of CONICET: “In CONICET’s case of more than 10,000 researchers and more than 10,000 scholarship holders, the breakdown by gender is sufficient because approximately 53% of the total are women. However, when we analyze the whereabouts of the women, we find that in the CIC ), Women are found in the primary categories and there is a smaller percentage in managerial positions as only 25% of CONICET institutes are led by women, in my case, I am the second president of CONICET for 63 years, and the CONICET board is made up of 8 members, there are only two women and the top Class of CIC only 25% of women.

In this sense, Franchi mentioned some of the regulations that are implemented in favor of promoting women in the field of the profession of researcher: “There is gender equality in every competition jury, and the reports that are prepared annually or biennially for maternity leave have been extended. Likewise, in 2017, an Observatory on Work and Gender-Based Violence was created that sets guidelines for intervention and addressing violence and has a working protocol. In addition, last year, the Federal Gender and Diversity Network was created in CONICET, which will create a federal and interdisciplinary map of researchers who are problematic about gender and diversity issues to develop and evaluate public policies on gender and diversity..

CONICET Chair also participated in discussion talks such as: “Open science is an opportunity for the region”; CONICET Initiatives And from “The Second Latin American Forum for Scientific Assessment (FOLEC)” 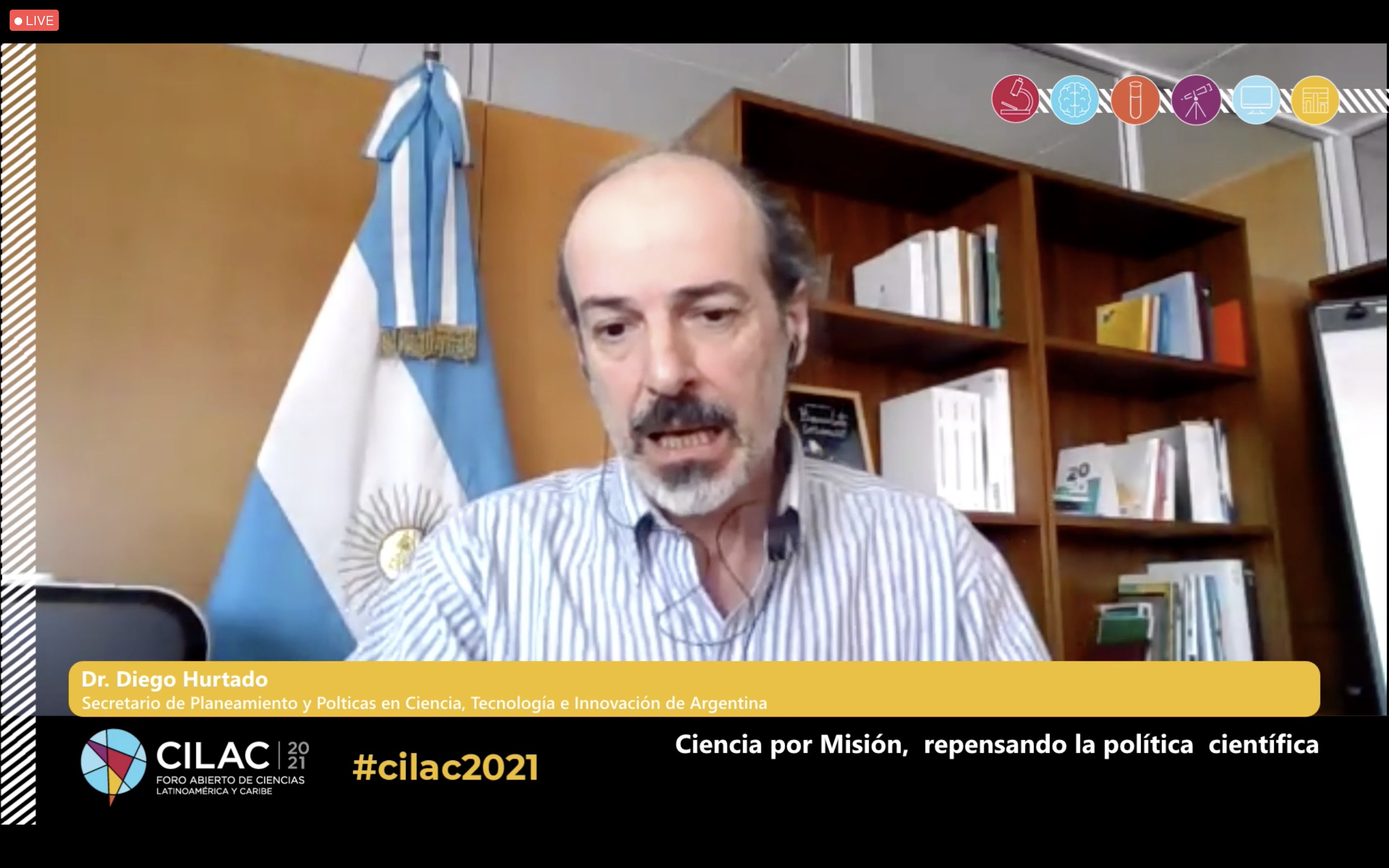 At the opening of the session, Hurtado raised the need, demand and impact of digital technologies on the energy transition, arguing that they represent the great challenge and hope facing global capitalism: “In this scenario, it is expected that, in terms of technological change, it will generate the rejuvenation of capitalism from the energy transition accompanied by digital technologies.”

The Minister closed the session by commenting on the contradiction between the European scenario and the typical contradictions in the region. “In Latin America, if we are able to maintain conditions and stability, the energy transition involves industrial, energy, scientific and technological policies, so there is a big challenge ahead of us.”

Diego Hurtado also participated in Painting titled “Science by Mission, Rethinking Science Policy”. “When we talk about mission-oriented politics in Latin America, we have to do a job of redefining, that is to characterize the characteristics. Argentina is experiencing a high state of political and economic instability with the rotation of excluded country projects. One puts the country as a major producer in a democratic rotation that makes it extremely difficult. Talking about the state in the field of science, technology and innovation.Secretary detailed. 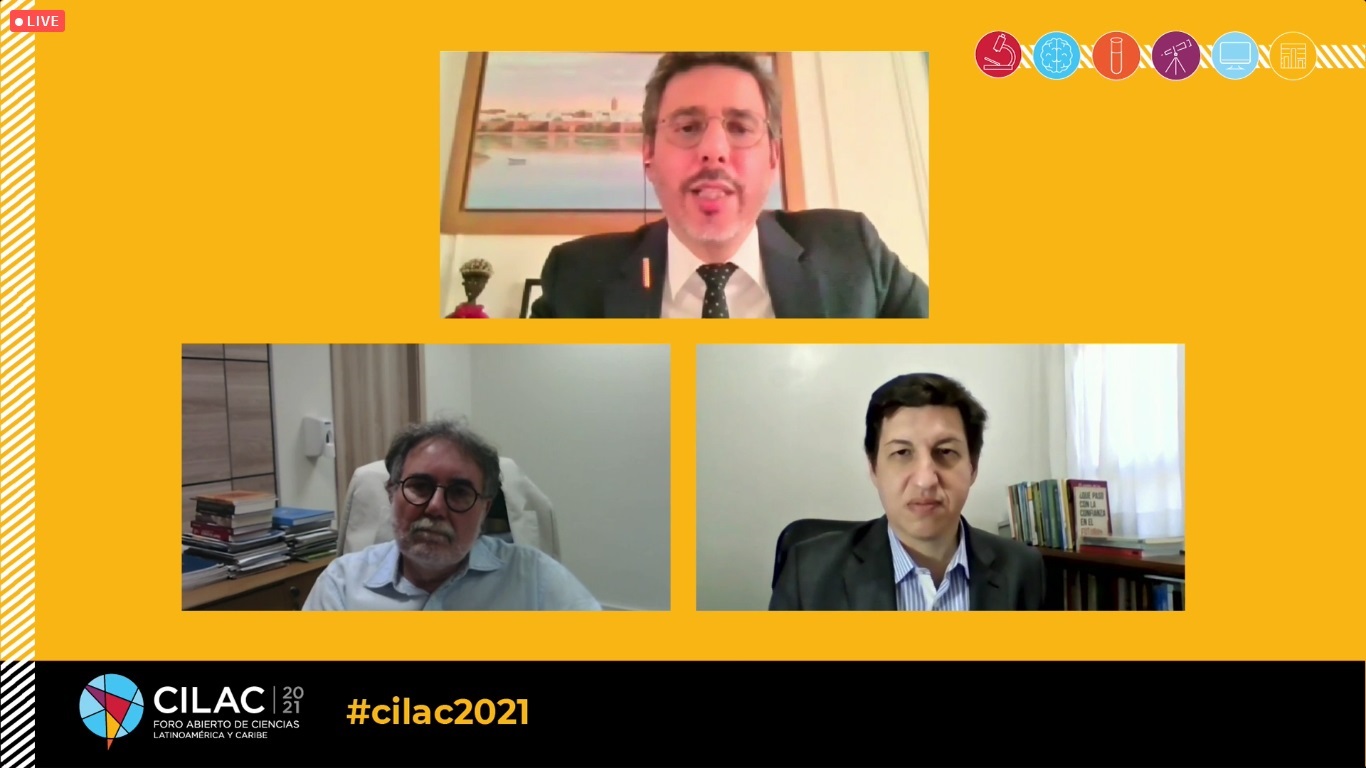 In turn, the President of the Agency for the Promotion of Research, Technological Development and Innovation, Fernando Pierano, participated in the symposium. High-level session: “Towards a smart multi-level discipline in science, technology and innovation: the role of national and sub-national agencies” With Portugal’s Minister of Science, Technology and Higher Education, Manuel Heitor. Etidal was responsible for the Director of the Quito UNESCO Office, Youssef Filali Meknassi.

“Argentina is going through a new phase, which is the dynamism of the regional R&D promotion agencies,” Pierano said, adding, “The main challenge is to create an institution based on collaboration, not on competence.”

And about the agency’s actions, he made it clear “The bet is to go with promoting beyond the allocation of funds. We understand it as something broader that includes advising, accompanying and creating alliances between the public and private sectors as well as collaborating on various presentations to organizations.”.

Peirano also participated in Panel 3: National experiences to enhance the evaluation of research of social relevance, inclusiveness and SDG orientation from countries of the South Highlight it “From the agency, we take on challenges in terms of promoting evaluation from four different dimensions: a gender perspective, the promotion of those scientific publications that do not require payments and that are national and from Latin America, and the challenge of clarifying the scientific and technological system and the social definition of impacts and outcomes.”.

Likewise, the Ministry of Science conducted private broadcasts of scholarly publishing content and exclusive interviews with prominent personalities from every scientific field covered by the group.

Among the live interviews was the participation of officials of the Ministry of Trade and Industry in Yemen such as the National Director for Strategic Projects (DNPE), Erica Carrizo, who gave her opinion on the meaning of the concept of dependency for thinking about science and technology policies in Latin America, and operations. Historical events that explain the difficulties facing the region in putting science and technology at the service of development needs, and the possibilities for mission-oriented policies in the context of the pandemic.

On her part, MINCYT National Director of Studies, Valeria Loewenstein, provided details on public policy challenges related to intellectual property related to science and technology, patents and access to vaccines in times of a pandemic, and the various IP approaches in place. Between Latin America and the Middle States. He stressed the need to promote technology transfer and local and regional development.

The National Director for Scientific Policy Promotion, Carina Pompeo, gave a detailed presentation of the extensive work in the field of international cooperation that allows the Science Portfolio, in cooperation with the Ministry of Foreign Affairs and several national ministries, for Argentina to activate bilateral and multilateral cooperation in strategic areas such as health, energy, food technology and climate action. And many more with a strong component of innovation and development, “The international reintegration of which the CILAC Forum considers itself a credible example and promotes the very important and valuable links of cooperation in moments like the one we live in in the world”.

CILAC is the largest scientific knowledge event to exist in Latin America and the Caribbean, and it is an exceptional opportunity to discuss, plan and monitor the central themes of the science, technology and innovation policy agenda for sustainable development on the continent.

For its third edition, it was supported by the government of the Argentine Republic as an organizer, through the Ministry of Science, Technology and Innovation. The event is sponsored by the University of Buenos Aires, the National Interuniversity Council in Argentina, the Council of Deans of Private Universities and CONICET.