Skip to content
Alberto Fernandez and Lula in Brazil

Brazil’s president-elect, Luiz Inacio “Lula” da Silva, met in Sao Paulo with Argentine President Alberto Fernandez, in his first act after winning the ballot by a narrow margin of less than two points.

It may interest you: Jair Bolsonaro remains silent as his allies admit defeat to Lula da Silva

They first met alone at the Intercontinental Hotel. “Mr. President, nice to see you.‘ said Fernandez Lula, with the Argentine ambassador to Brasilia, Daniel Cioli, who are very close to him, and they embraced him lovingly. He later asked ‘How was it?’ replied Lula ‘Well doneThey have not met each other in person since December 10 last year when the Brazilian, along with Uruguayan Pepe Mujica, participated in the Democracy Day celebrations in the Plaza de Mayo.

This first meeting started in 13.28After the two teams were placed in two adjacent rooms. Relaunching bilateral relations, expanding regional integration under Mercosur and the possibility of creating a single regional currency for South America that avoids the use of the dollar in international trade are some of the issues that will be addressed. The single currency is an idea that arose during the previous administration and was revived.

It may interest you: Brazilian stocks rise after Lula’s victory amid expectations of the formation of his government

Alberto Fernandez made the decision to go see his old friend quickly after speaking on the phone Sunday night with the main reference for the Workers’ Party (PT) who will begin his third term as president of Brazil on January 1, Argentina’s largest trading partner. . 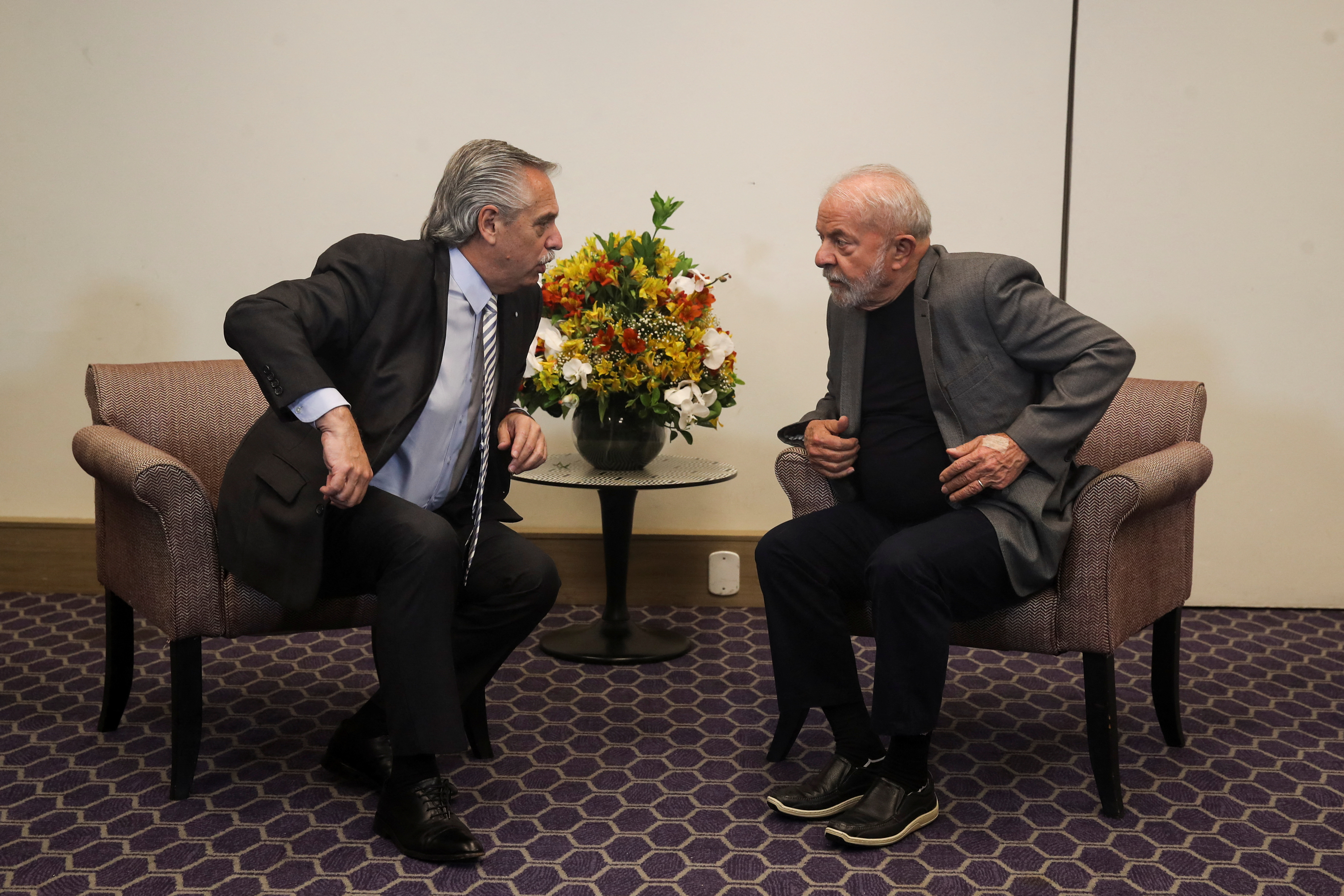 “I did not want to be absent today, it is a day of acquittal,” the Argentine president said in a brief statement to the press. “It’s quite a reunion. We talk more about the future than about the past. The need for integration, the consolidation of democracy, and respect for electoral processes‘, he later confirmed.

She confirmed that Lola He will visit Argentina before accepting his position on January 1. “I was pleased that the first visit would be to Argentina before taking office. The President, who reiterated several times, said that the people of Brazil should be congratulated. It is valuable, I wish the best to a sister nation, I hope it grows and grows well. In particular, my warm congratulations to President Lula.”

The Argentine president is the first president Lula considers elected, while the current president, Jair Bolsonaro, remains silent and has not yet publicly acknowledged his opponent’s election victory. Lula received 50.9 of the vote against 49.1 for the leader of the right. 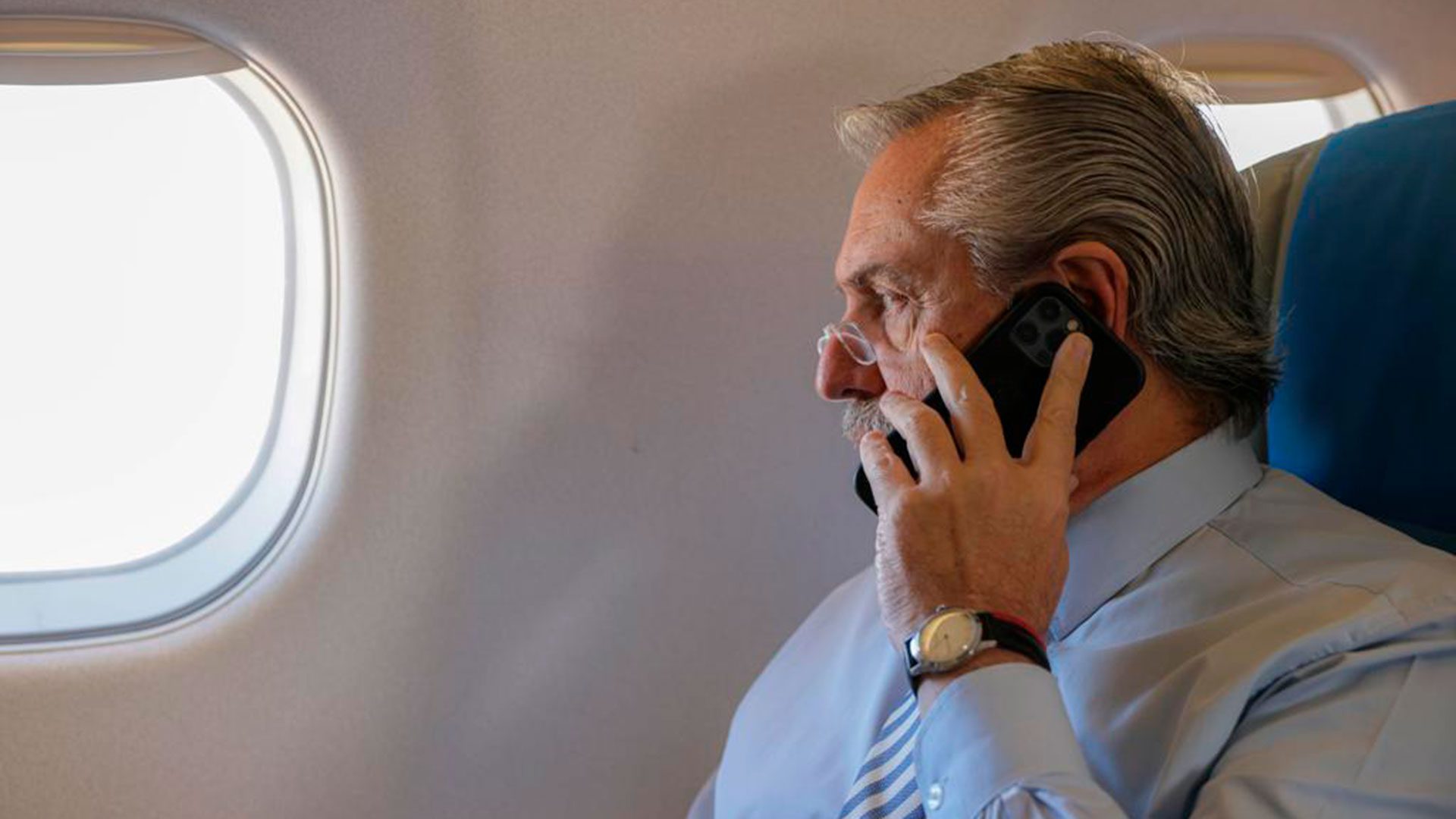 Alberto Fernandez talks on the phone during his trip to Brazil.

One of the issues to be resolved will be who will be the nominee to head the Inter-American Development Bank (IDB) after the dismissal of Mauricio Claver Carone from that regional credit organisation. To nominate a new president, there is plenty of time until November 11, and the 20th is the scheduled election date. Brazil has already nominated Ilan Goldfein, who was head of that country’s central bank between 2016 and 2019 and is currently director of the Western Hemisphere Department at the International Monetary Fund (IMF).

For this position there were already three other candidates: Laura Chichilla, the former president of Costa Rica; Alicia Barcena, former Mexican secretary of the Economic Commission for Latin America and the Caribbean, who was promoted by President Andres Manuel Lopez Obrador, and Ecuadorean Augusto de la Torre, who was director of his country’s central bank and president of the World Bank for Latin America. 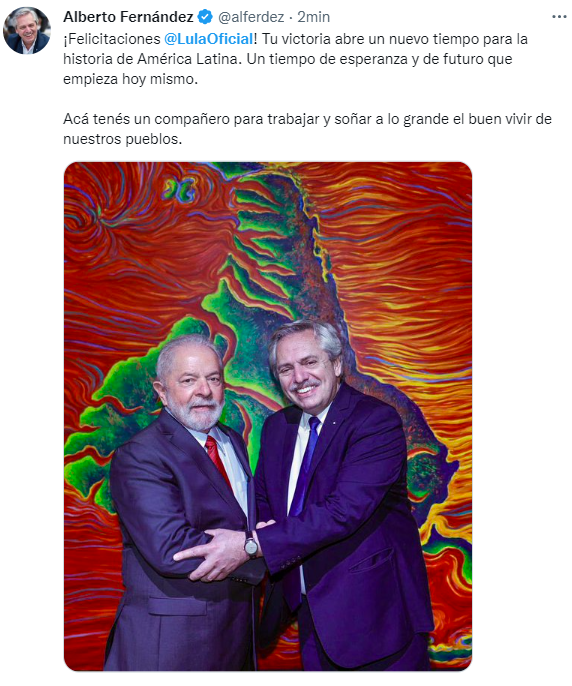 Alberto Fernandez’s Twitter message to Lula, once his victory in Brazil was known.

The President flew to São Paulo accompanied by the Minister of Foreign Affairs, International Trade and Worship, Santiago Cafiero; Secretary General of the Presidency of the Republic Julio Vitubello. Legal and Technical Secretary, Velma Ibarra; Presidential spokeswoman Gabriela Cerruti; and National Representatives Eduardo Valdes and Carlos Heller. The official flight has departed from the Aeroparc Military District and will arrive in San Pablo at noon.

They were joined by Daniel Cioli, Argentina’s ambassador to Brasilia.

Other government officials from the Todos Front were already in Brazil, such as Interior Minister Eduardo “Wado” de Pedro, and the president of Banc Nacion: Silvina Patakis; Former Minister for Women, Gender and Diversity, Elizabeth Gómez Alcorta; President of the National Institute of Mathematics, Victoria Dunda, and National Senator Oscar Parelli; Former Education Minister Nicolas Trotta as well as Claudio Lozano, of the Popular Unidad, is a member of the ruling coalition.

China celebrated Lula’s victory over Bolsonaro: “We want to take the strategic global relationship with Brazil to a new level”
Jair Bolsonaro remains silent as his allies admit defeat to Lula da Silva