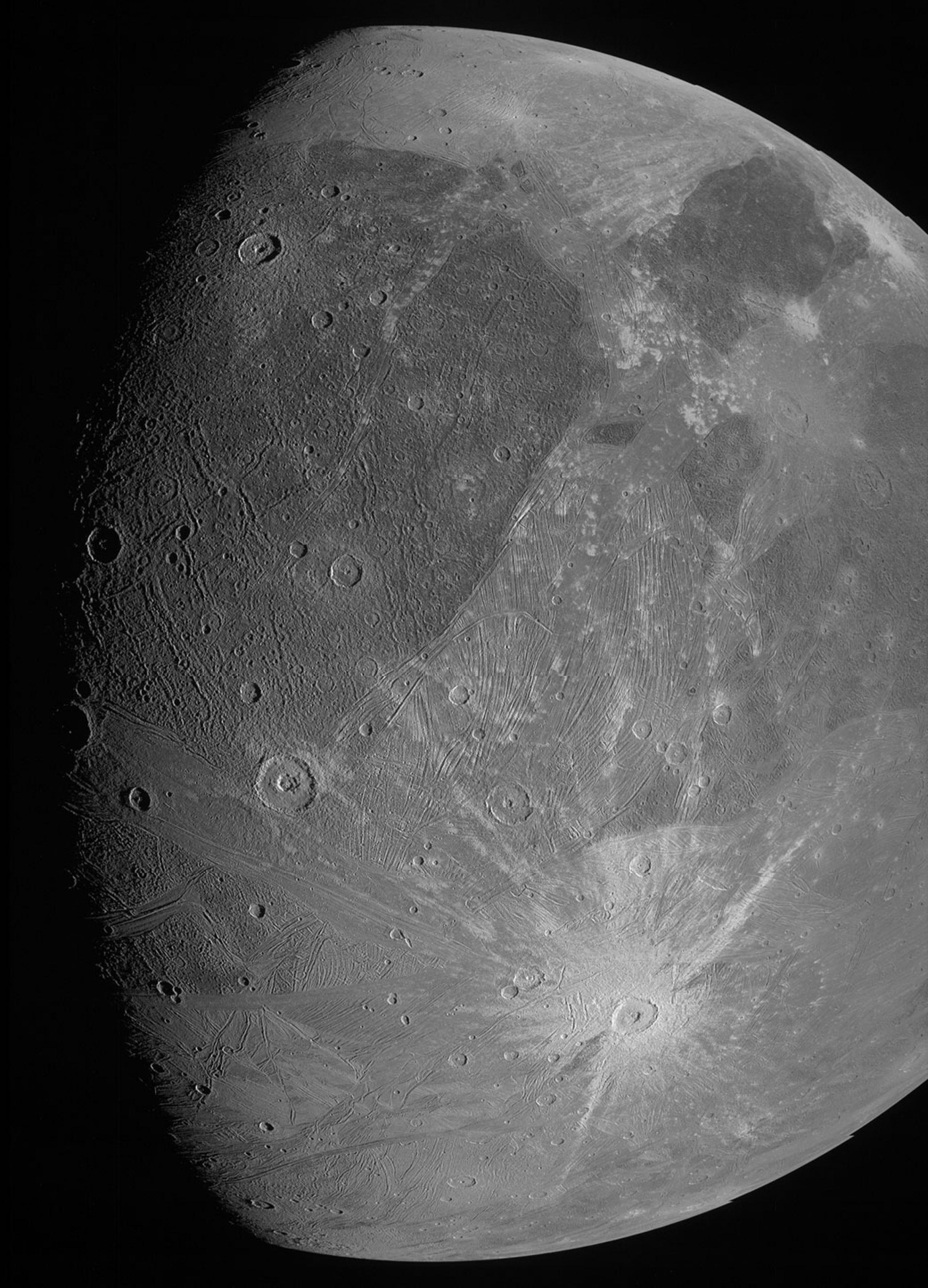 This image of Ganymede was taken by JunoCam photographer during Juno’s flyby of the icy moon on June 7, 2021. Image Credit: NASA/JPL-Caltech/SwRI/MSSS

The Juno spacecraft has flew closer to Jupiter’s largest moon than any other spacecraft in more than two decades, providing exciting glimpses of the icy orb.

The first two images of the flight taken on June 7, 2021 by NASA’s Juno spacecraft were received over Jupiter’s giant moon, Ganymede, on Earth. The images, one from the JunoCam imager aboard Jupiter and the other from the stellar reference unit, show the surface in great detail, including craters, clearly contrasting dark and light terrain, and possibly tall structural features associated with tectonic faults.

“This is the closest spacecraft to this giant moon in an entire generation,” said Juno principal investigator Scott Bolton of the Southwest Research Institute in San Antonio. “It will take some time before scientific conclusions are drawn, but until then we can simply marvel at this celestial wonder: the only moon in our solar system is larger than the planet Mercury.”

Using its green filter, the spacecraft’s visible-light JunoCam imager captured nearly an entire side of the moon covered in ice. Later, when copies of the same image are produced that include red and blue camera filters, imaging experts will be able to provide a color image of Ganymede. The image resolution is about one kilometer (0.6 miles) per pixel. 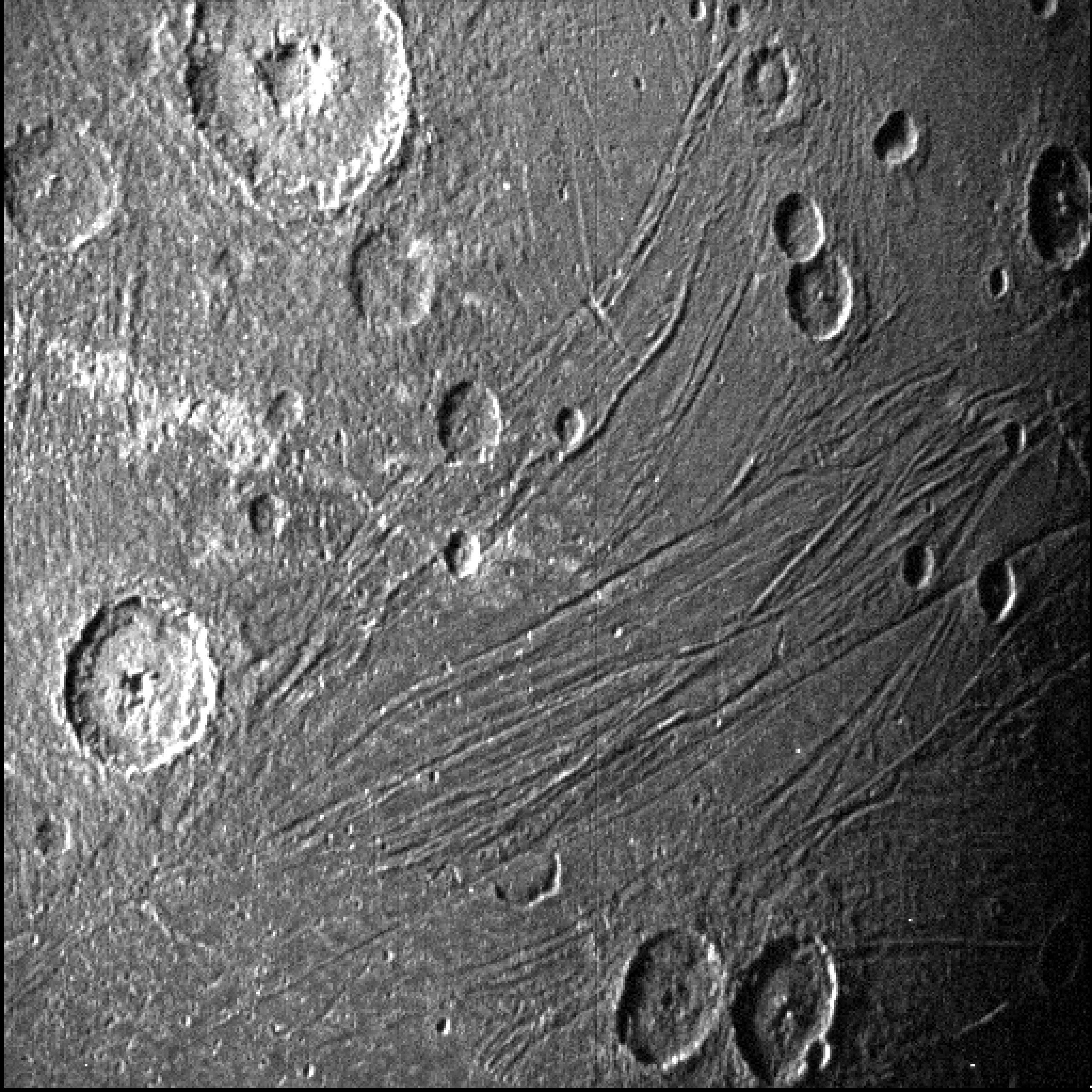 This image of the dark side of Ganymede was acquired by the Stellar Reference Unit’s navigation cameraSRU) Juno as it flies over the moon on June 7, 2021.Image Credit: NASA/JPL-Caltech/SwRI

In addition, Juno’s Stellar Reference Unit, a navigational camera that maintains the spacecraft’s orientation, provided a black-and-white image of Ganymede’s dark side (the side opposite the Sun) bathed in faint light scattered by Jupiter. The image resolution ranges from 600 to 900 meters (0.37 and 0.56 miles) per pixel.

“The conditions in which we captured the image of the dark side of Ganymede were ideal for a low-light camera like the stellar reference unit,” said Heidi Becker, commander of radiation monitoring at NASA’s Jet Propulsion Laboratory in Pasadena, California. This is a different part of the surface that JunoCam sees in direct sunlight. It will be interesting to see what the two teams can rebuild.”

The spacecraft will be sending out more images of Ganymede’s flyby in the coming days, and the initial JunoCam images will be available. Here.

The meeting of the solar-powered spacecraft with the Jovian moon is expected to provide information on its composition, ionosphere, magnetosphere, and ice sheet, while providing measurements of the radioactive environment that will benefit future missions of the Jovian system.

More about the mission

The Jet Propulsion Laboratory, a division of the California Institute of Technology in Pasadena, California, directs the Juno mission for principal investigator Scott J. Bolton of the Southwest Research Institute in San Antonio. Juno is part of NASA’s New Frontiers Program, which is managed at NASA’s Marshall Space Flight Center in Huntsville, Alabama, for the agency’s Science Mission Directorate in Washington. Lockheed Martin Space in Denver built and operated the spacecraft.

More information about Juno is available in English at:

See also  Researchers are calculating how many T. rex species roamed the Earth