At just 27 years old, Vitalik Buterin, who led the launch of the cryptocurrency Ethereum in 2015, has become the world’s youngest cryptocurrency billionaire. Ethereum’s cryptocurrency, Ether, topped $ 3,000 for the first time Monday morning, marking an increase of 325% since the start of this year.

Cryptocurrency Ether has a market cap of $ 376 billion, second only to $ 1.08 trillion in Bitcoin. The value of Ether has risen since the start of the year, largely due to the growing popularity of decentralized finance (DeFi) applications aimed at replacing traditional financial intermediaries such as banks and insurance companies.

According to data aggregator DeFi Pulse, more than $ 72 billion has now been locked onto DeFi protocols, many of which are built on top of the Ethereum blockchain.

However, Ethereum faces stiff competition from Binance Smart Chain (BSC), the blockchain infrastructure developed by the world’s largest cryptocurrency exchange., Which has processed an average of more than 8 million transactions per day since the end of April (Ethereum has just ended 1 million transactions). Other notable blockchains include Algorand, Cardano, Polkadot, and Solana. 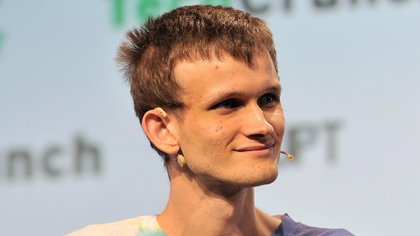 Based on the reports, Buterin was born in 1994 in the city of Kolomna, on the outskirts of Moscow. He later moved to Canada with his family and grew up in Toronto. Before launching Ethereum, in 2012, when he was 18 years old, Buterin co-founded (and wrote for) Bitcoin Magazine with Mihai Alisie, who later joined Buterin to found Ethereum.

In 2014, Buterin was awarded the prestigious Theil Scholarship, providing $ 100,000 to young people under the age of 23 to pursue interests outside of academia (instead of going to college). The scholarship is funded by billionaire Peter Thiel, an early Facebook investor and a graduate of Stanford University. A year later, the Russian-Canadian entrepreneur and the rest of the Frontier development team launched what they called “the primary implementation of the Ethereum project”.

This young billionaire is one of the tech tycoons who revolutionized the global economy with their cryptocurrencies.

How to Buy and Pay for an Apartment with Bitcoins: Notaries and real estate companies are launching themselves into a cryptocurrency business
Amid global turmoil, more controls on Bitcoin: Central Hub demands more information on who works with cryptocurrencies
“Speculative surplus”: Ethereum has reached a new peak in the sparkling cryptocurrency market