Skip to content
To date, the US has provided 8 million Johnson & Johnson vaccines, compared to more than 118 million units of Pfizer. EFE / Etienne Laurent / Archive

Several states and localities in the United States resumed injections of Janssen, the Belgian subsidiary of Johnson & Johnson, on Saturday. (J&J), eleven days after stopping it due to various blood clots in women.

The day after the FDA gave the green light for Resumption of J & J’s COVID-19 Vaccine UseAnd the A group of countries announced their plans to manage it again.

Authorities of some states such as Re-vaccinate Maryland, Massachusetts, or Maine with Johnson & Johnson immediately after the Food and Drug Administration announcedOthers have announced that they plan to use the product again within hours or days. 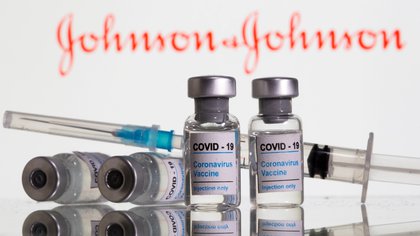 The other countries that have resumed vaccination on Saturday or have announced plans to do so in the short term have been Texas, Florida, New Jersey, Connecticut, Arizona, Nevada, Georgia, Colorado, Louisiana, Michigan, Missouri, Tennessee, and Virginia.

Those responsible for Vermont preferred to leave next week Johnson & Johnson returns to its campaign, while Indiana authorities reopen their most famous vaccination center: the one on the Indianapolis Motor Speedway, which only offers Janssen preparation.

California did not immediately announce the resumption of use Of this preparation shed a single dose, but its most populous county, Los Angeles, indicated to its vaccination centers that they could re-administer this vaccine.

To date, the United States has provided 8 million Johnson & Johnson vaccinesThis compares to the more than 118 million units of Pfizer and the 98 million Moderna units supplied in the country since the vaccination campaign began in December. 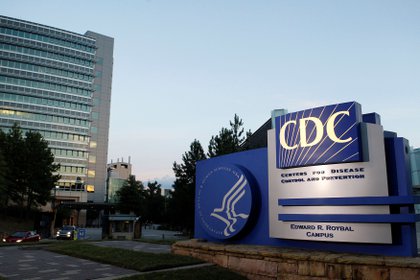 Nine million doses are on the shelves

The states and localities of the state are in their possession At least 9 million additional doses of the Johnson & Johnson preparation can beginAccording to data from the Centers for Disease Control and Prevention (CDC).

State authorities did not give many details about How they plan to combat potential concerns from residents of receiving a J&J vaccine, although the FDA insisted Friday that the benefits of the product “outweigh known and potential risks”.

In many areas of the United States, where the vaccination campaign is very advanced, it is possible to do so Choose the type of vaccine you want to receive when making an appointment, and authorities have emphasized those who choose J&J They will receive a paper warning about their potential dangers.

Scientists from the CDC’s Advisory Committee on Immunization Practices (ACIP) have suggested this This notice states that women under the age of 50 should be alert to the possibility of blood clots from the vaccine.

Administer this serum It was paused in the United States on April 13, after six cases of brain clots were detected in women under 48 who received the vaccine, and one of them died. 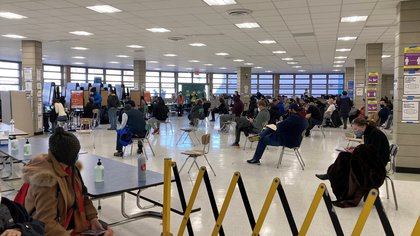 US President Joe Biden’s government is evaluating initiatives by at least 17 companies to create digital vaccination certificates, according to official sources cited by the newspaper. EFE / Helen Cook / Archive

Fifteen cases of thrombosis have been confirmed in the USA

As of Friday, the CDC has documented a total of Fifteen confirmed cases of thrombosis in women vaccinated with J&J, three of which have died. Most of the patients who develop blood clots after vaccination are in their 30s, although there have been cases in women between the ages of 18 and 59.

Of the fifteen affected, Seven are still in hospital and four of them are in intensive care units, According to ACIP.

The primary symptoms were Headache, That usually started six days after vaccination, although time passed, patients progressed Nausea, vomiting, abdominal pain, weakness on one side of the body, difficulty speaking, loss of consciousness, and cramps., Detail the doctor.

Seven were women Obese, two of them had hypothyroidism, two had high blood pressure and two were taking contraceptives.; Although it is not clear if these factors can contribute to an increased risk of stroke. 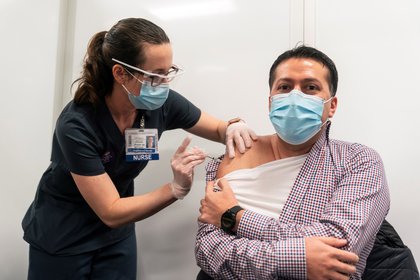 A man is vaccinated against Corona virus in the United States. EFE / Stephen Brasher / Archive

ASTRAZENECA, the great absentee in the United States

The J&J and AstraZeneca vaccines, which have apparently caused blood clots in Europe, It was developed by modifying one of the adenoviruses, unlike others such as Pfizer and Moderna, Which used messenger RNA-based technology.

The United States granted permission for The use of emergency vaccines from Pfizer, Moderna, and J&J, while AstraZeneca has yet to apply for such permission.

This week, the European Medicines Agency (EMA) found A “possible link” between the development of very rare blood clots and the J&J vaccine, but confirmed that the balance between benefit and risk of this product remains “positive”.

After two weeks of investigations into the cases discovered in the United States, he did The EMA decided to add to the vaccine leaflet a warning that a very small possibility of blood clotting will developBut it continues to recommend it for use in the European Union (EU).