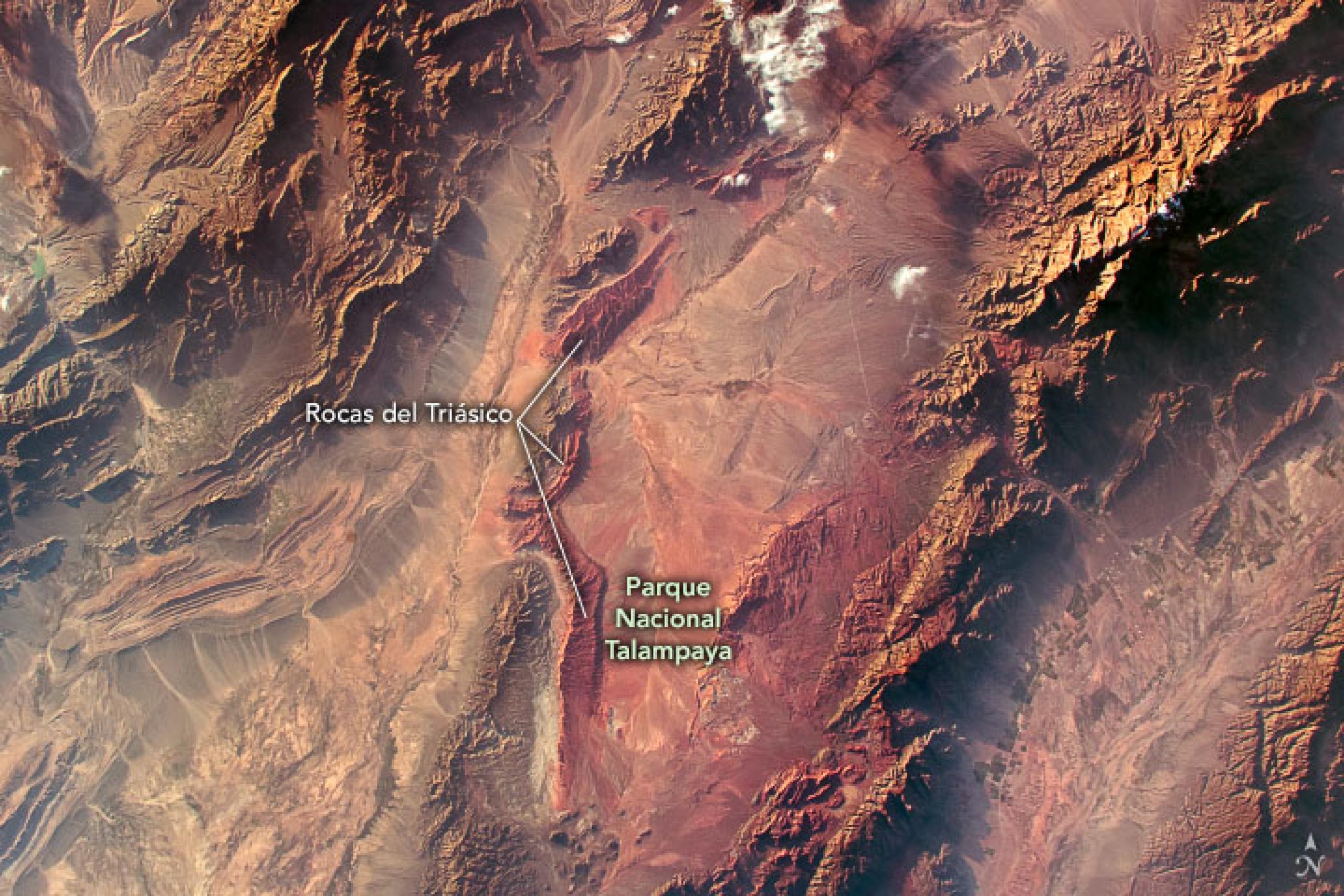 An astronaut aboard the International Space Station (ISS) captured this image of Talambaya National Park in the Argentine province of La Rioja. The high deserts of western Argentina lie in the rain shadow of the Andes, causing rain and snow on the western side of the range and drier weather on the eastern side. Shadows cast by mountaintops to the east indicate that this photo was taken in the late afternoon.

The image is centered on the red sandstone cliffs of Talambaya National Park, which stand out from the generally dull colors of the landscape. Geologically, the area consists mainly of folded sedimentary rock strata containing abundant fossils dating back to the Triassic period (about 250 to 200 million years ago). The abundance of plant, mammal and dinosaur fossils has led to the designation of Talambaya as a UNESCO World Heritage Site.

Astronaut image ISS066-E-2028 acquired on October 19, 2021, with a Nikon D5 digital camera, using a focal length of 50 mm. It was provided by the International Space Station Crew Earth Observation Facility and the Earth Science and Remote Sensing Unit at the Johnson Space Center (JSC). The image was taken by a member of the Expedition 66 crew. The image has been cropped and enhanced to improve contrast, and lens defects have been removed. The ISS program supports this laboratory as part of the ISS National Laboratory to help astronauts capture images of Earth of greater value to scientists and the public, and to make these images freely available on the Internet. Additional images taken by the astronauts and astronauts can be viewed on the NASA/JSC Earth Astronaut Photography Portal. Photo caption by Amber Turner, Jacobs, NASA-JSC JETS Contract.

Read this story in Spanish over here.