“They took my bags out of the box and I didn’t even notice. This happens a lot and the PNR (National Revolutionary Police) does nothing about it,” wrote a user in the ‘ACCIDENTS’ Facebook group.

Buses and trucks for more experience and fewer victims.”

Another internet user by the name of Heberto Machado Castro confirmed this information in the post’s comment box and noted: “They got on the bed of the truck and I didn’t realize it, they know how to operate.”

Other drivers noted that robberies take place mostly at night, particularly in Boyeros and the areas near CUJAE and 6 Vías. In addition, they indicated that the Cuban police did nothing about it, and even accused them of complicity in this type of business.

The profile of Luis Alberto Perez Perez noted: “PNR does nothing because thieves are their informants.”

Another Internet user, Alberto Carta Martinez, said: “The police are the first to be corrupt, because they know better than anyone where they steal cars.” 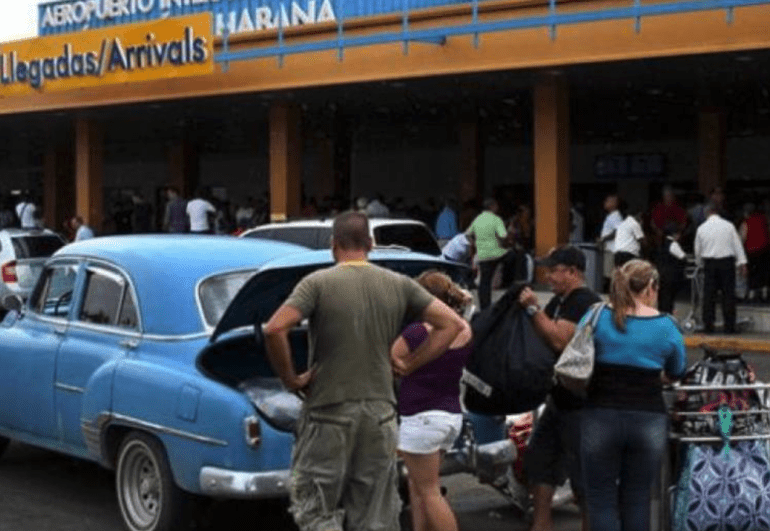 This is not the first time Cuban drivers have reported a growing wave of thefts around the airport.

For their part, the Cuban authorities prefer to remain silent because of this type of criminal act

They collapse advertising trying to sell the system Havana the world that Cuba is a “safe country”.

For this reason, on the island there is no official database on the level of danger in the country, nor on the increase in crime in recent years. However, the use of social networks The emergence of an independent press has been responsible for showing a more realistic version of what lives inside Cuba.

Ukraine admits it was behind the Crimean bombings