Miami Beach’s municipal officials cut this Friday Water supply Local media reported that a building was evacuated on Thursday due to a damaged beam eaten away by moisture to reduce the risk of collapse.

An evacuation order was suddenly forced Evacuate the occupants of a 14-story building overlooking the ocean Last year, a condominium collapsed on the same avenue, killing 100 people.

A structural engineering report prompted the evacuation of the 164-unit structure, which is in the process of undergoing the necessary recertification. An engineer invented A key support beam identified for repair 10 months ago was replaced And the crack in the beam has widened, and other structural supports may also need repairs, the report said.

A resident who has lived in the building for more than six years, renovation contractor Marash Markaj, said the damage extended beyond one support beam.

This may interest you: They evacuated an eight-story building in Miami due to structural problems

“I’ve been seeing problems for years,” Markage told the agency. AP. He said he tried to report the problems, including a cracked column and weeks of standing water in the garage area, to building management and the city Department of Buildings.

“I was never able to get an answer,” she said, adding that she felt “unsafe” living in the building and the way building maintenance was handled.

Inspection Engineers Inc. In a letter to the city, it said it was trying to get approval from the city saying “integrated shoring” would be installed within 10 days. This will be followed by another inspection of the 1971 building. 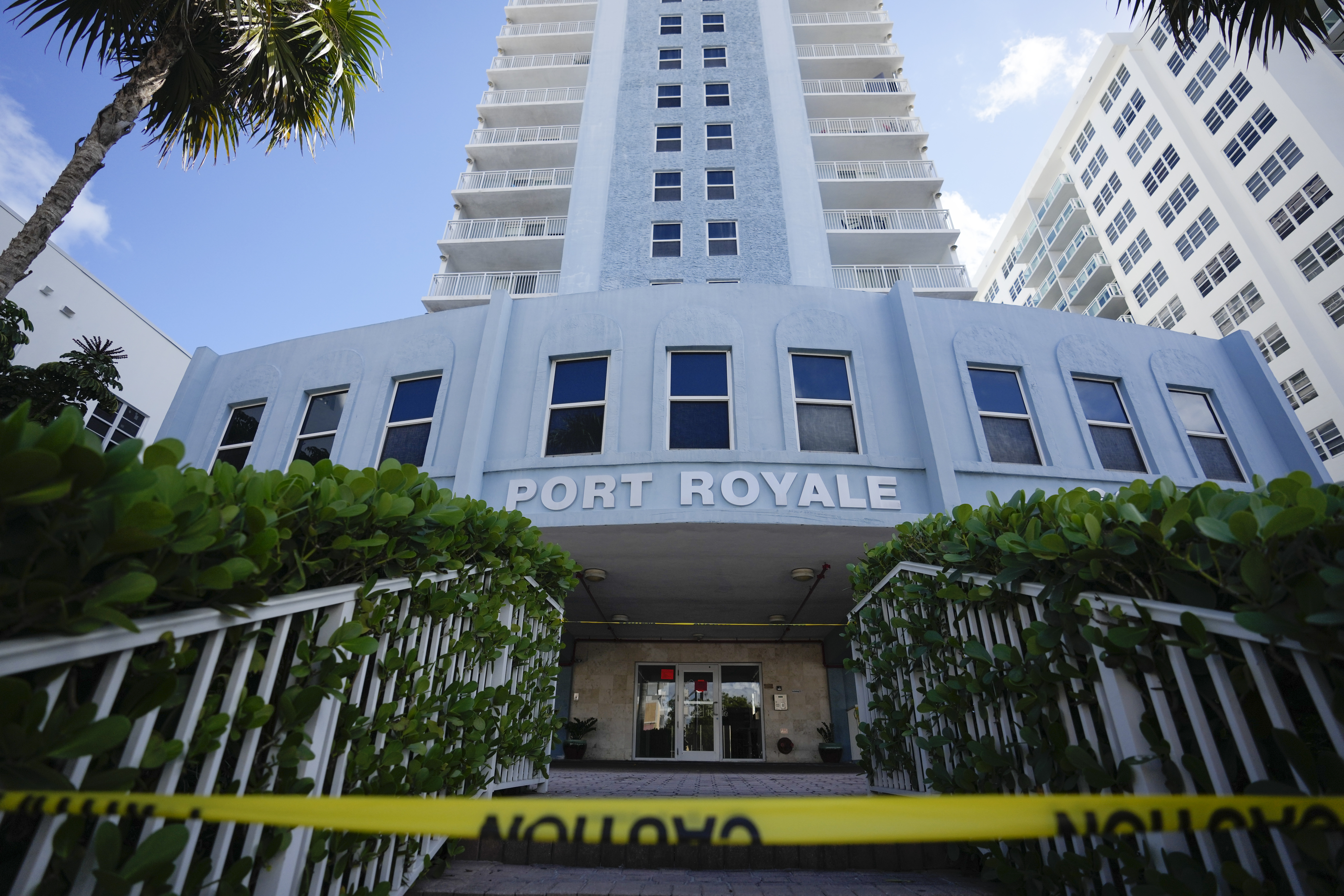 During an inspection about 10 months ago, engineers “identified areas of concern that we have prioritized for repair,” Arshad Vior said in an email to the Miami Beach Department of Buildings.

The building society selected the contractor and started the repair work four weeks ago. The company that inspected the building was asked to oversee the work, and this week noted that “one of the main beams in the garage experienced approximately half an inch (1.2 centimeters) of structural deflection and a crack marked for repair. It has spread,” Vior said in an email.

Among the few condo residents who returned to the site Friday morning to see what was happening was 71-year-old Felicia Flores, who had lived in the building for 15 years and now moved in with her daughter nearby. This happened while walking his little dog. He said the building had been under construction for several weeks, but something changed on Thursday.

This may interest you: A 164-unit apartment building in Miami Beach has been ordered to evacuate due to structural damage.

“It looks like something more serious is going on, so we had to leave suddenly,” Flores said.

Miami Beach officials said the condo owners rented out their units Temporary housing for tenants is subject to local law for up to three months or until the building is habitable again.

Sammy Bosch, who has lived in the building for nine years, said residents were given very little time to leave. At 5:00pm on Thursday they were told to leave at 7:00pm.

“We don’t know what’s going on there, but we can’t stay. That’s all,” Bosch said as he returned on his scooter to survey the scene Friday morning.

The disaster at a 12-story oceanfront condominium building in Surfside prompted the largest non-hurricane emergency response in Florida history, including rescue teams from the United States and Israel to help local teams search for victims.

Other buildings in South Florida have been evacuated amid similar safety concerns since the Surfside collapse.

The disaster focused attention on the structural integrity of older condominium towers across Florida, particularly along its coastline, and the state moved to strengthen laws requiring regular inspections and recertification of buildings.

New state rules enacted in May require buildings to receive their first recertification after 30 years, or 25 if they are within 3 miles (5 kilometers) of the coast, and every 10 years thereafter.

Why, according to The Economist, Miami is the “business capital” of Latin America
Landslide at Surfside: They discover another bug that could make the tragedy worse
Surfside tragedy: Survivors and relatives of collapse victims put Miami at crossroads