* Given to four categories of public servants and civil society

During the ceremony held at the Teatro Constituents del ’74, certificates and diplomas were handed over to public officials from the four groups of graduates of the Institute of Specialization for Executives.

Lozano Vazquez commented that since the beginning of the administration of Governor Carlos Joaquin, the qualification of public servants has been an obligation in order to have an effective, transparent and honest government.

On his part, SEFIPLAN President, Ricardo Sanchez Howe, stated that several training and professional courses have been carried out, dealing with issues according to the functions performed in the various administrative units in the face of the constant updates provided by the regulatory provisions underwent in finance, treasury, budget, taxation, control and accounting.

Similarly, Ricardo Sanchez explained that the economy is constantly evolving around the world, which is why it is so important that public officials, especially those who manage finances, are constantly trained to update their knowledge and adhere to the conditions to respond efficiently to new challenges that arise.

It should be noted that among the most notable aspects regarding the professionalism of the workers in the state service responsible for finance and budget, it was possible for them to complete their studies satisfactorily.

The event was attended by Johannette Torres Muñoz, deputy of the seventeenth legislature of the state Congress; Dr. Luz Maria Apoxapke Gonzalez attended on behalf of the Minister of Education of Quintana Roo; Director of the Institute of Specialization for CEOs, Ana Luisa Rivas Enriquez, among other authorities. 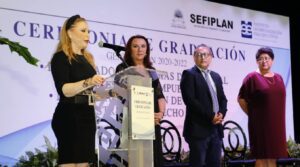 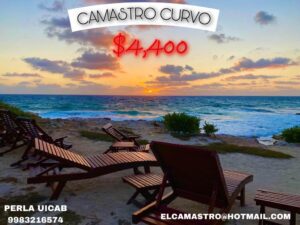